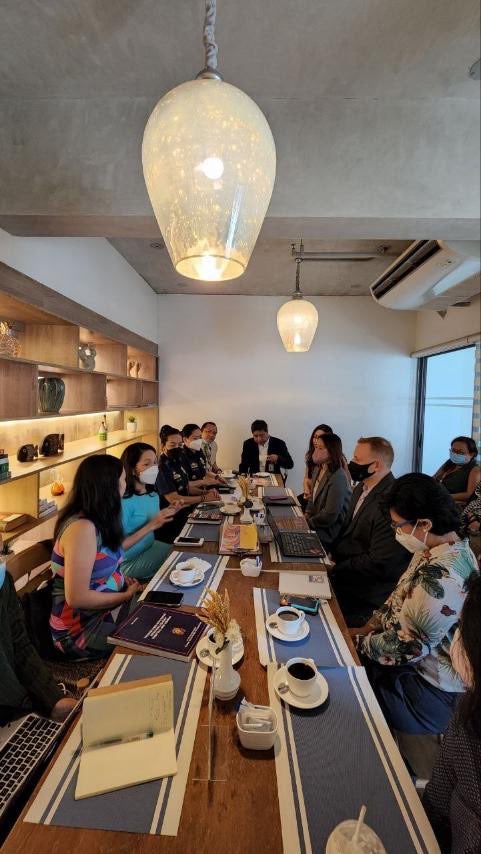 Sen. Risa Hontiveros meets with representatives from the National Bureau of Investigation, Philippine National Police, and Facebook to discuss online child abuse. (Photo from the Office of Senator Hontiveros)

In a press conference at the Senate, Hontiveros was asked about the potential shortcomings of why online child abuse still happens despite existing regulatory mechanisms.

(It is possible that our laws and the regulatory mechanisms of internet platforms cannot keep up with technology’s swift and sharp evolution.)

(Our decade-old anti-cybercrime law needs to be amended to be updated, and my office will look into it, even enhancing the enhancement of operational capacities of our law enforcement authorities on behalf of the best interest of the child.)

Hontiveros reiterated that the Anti-Online Sexual Abuse and Exploitation of Children bill, which she authored, should be signed into law to prevent such abuses.

Hontiveros met with representatives of social networking site Facebook, the Philippine National Police, and the National Bureau of Investigation (NBI) early Wednesday to discuss the proliferating abuse of children online.

The senator stressed that the budget of the said agencies should be reviewed, citing that the NBI Anti-Cybercrime Unit has no regional offices and lacks agents that could keep up with the evolving technology.

Aside from Facebook, Hontiveros is also coordinating with other internet platforms regarding the issue.

(At the same time, my office is coordinating with other internet platforms.)

(We prioritized Facebook because it has the most engagements among Filipinos, and unfortunately, it is a platform where crimes are committed.) — With Christine Annie Asistio, INQUIRER.net intern