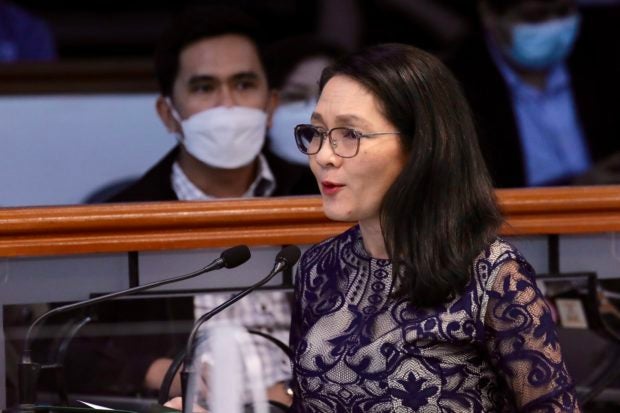 MANILA, Philippines — The Philippine National Police (PNP) and the National Bureau of Investigation (NBI) must investigate the people behind pages that perpetuate child abuse and exploitation, Senator Risa Hontiveros said on Thursday.

Hontiveros called on the two agencies to hold the persons behind the Usapang Diskarte accounts liable.

These horrifying photos tell us what we already knew: that an Anti-Online Sexual Abuse & Exploitation of Children law is absolutely and urgently needed.

I call on the executive to sign the Anti-OSAEC law now. Our children need the full power & protection of this measure. pic.twitter.com/nnZ8rZEcQP

(Individuals behind Usapang Diskarte accounts should be investigated and held accountable.)

(I also urge the PNP Anti-Cybercrime Group and the NBI to look into the individuals behind these kinds of pages and groups. They should not only be removed from the platforms but also arrested and face the law.)

Hontiveros — chair of the Senate committee on women, children, family relations, and gender equality in the 18th Congress — raised the alarm as these accounts endanger children since the Anti-Online Sexual Abuse and Exploitation of Children (OSAEC) bill is not yet signed into law.

She has likewise told the executive branch to act on the measure immediately.

“Our children need the full power and protection of this measure,” Hontiveros, who filed the proposed Anti-OSAEC law, said.

The lawmaker further called on the public to report the said accounts and the like.

(I appeal to our fellow countrymen, let us report that page and other similar pages to erase online accounts that abuse children.)