Trump returns to Washington for first time since 2020 defeat 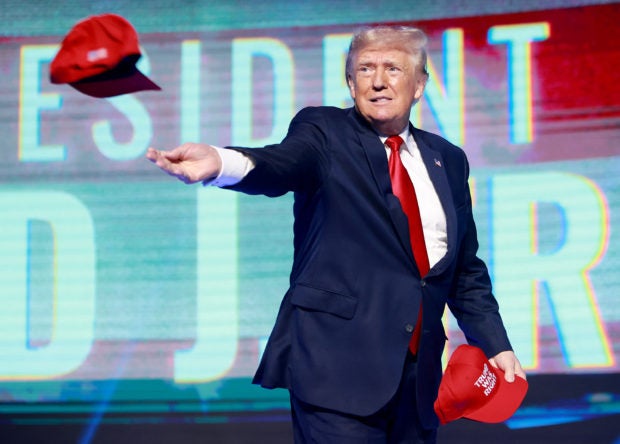 WASHINGTON — Donald Trump returns Tuesday to Washington for the first time since he left the White House after a failed attempt to overturn his election loss to Joe Biden.

Trump, increasingly teasing a bid to win back the presidency in 2024, is set to address the America First Policy Institute, a think tank run by allies.

He’ll be appearing in a city riveted by weeks of hearings held by a Democratic-run House of Representatives committee on the January 6, 2021 riot where Trump supporters stormed Congress, trying to stop certification of the election result.

The Republican continues repeatedly to push his lie in speeches that he was robbed of victory in 2020, but America First Policy Institute spokesman Marc Lotter said Trump would be looking ahead, rather than back.

“This is a policy speech he will be giving,” he told CNN.

However, Trump is unlikely to deviate too far from his typically incendiary blend of right-wing nationalism, anti-immigrant rhetoric and conspiracy theories about the election.

The Capitol riot hearings, which revealed harrowing details of the assault on Congress and also the attempt by Trump political backers to overturn the election through manipulation of the complicated US electoral system, are believed to have damaged Trump.

Biden, who at the start of his presidency went out of his way to avoid so much as mentioning Trump’s name, launched a blistering broadside Monday on the Republican’s failure to pull back his mob of supporters.

“Brave law enforcement officers were subject to the medieval hell for three hours, dripping in blood, surrounded by carnage, face to face with the crazed mob that believed the lies of the defeated president,” Biden told the National Organization of Black Law Enforcement Executives Conference.

“For three hours, the defeated former president of the United States watched it all happen as he sat in the comfort of the private dining room next to the Oval Office,” he said.

Trump, 76, remains by far the most recognizable name in Republican politics. He is believed to retain an intensely loyal core of supporters, putting him in pole position if he decides to seek the party nomination.

Potential rivals are gaining ground as the negative publicity piles up.

All eyes are on the progress of Florida Governor Ron DeSantis, who has not declared a bid for the presidency, but has growing stature on the right.

And a recent New York Times/Siena College poll showed that nearly half of Republican primary voters would vote for any Republican other than Trump.

However, both Trump and his portrayal of an America under attack by leftists continues to be boosted by enormously popular commentators on Murdoch-owned Fox News.

“Across American history, our era is easily among the most fraught — and the most alarming,” wrote the leaders of the pro-Trump think tank, including his former economy advisor Larry Kudlow.

Donald Trump: The wrecking ball who came to ‘fix’ America

Trump held in contempt, fined $10K a day until he complies with probe