Imee: Time for Bongbong Marcos to get mad at smuggling | Inquirer News 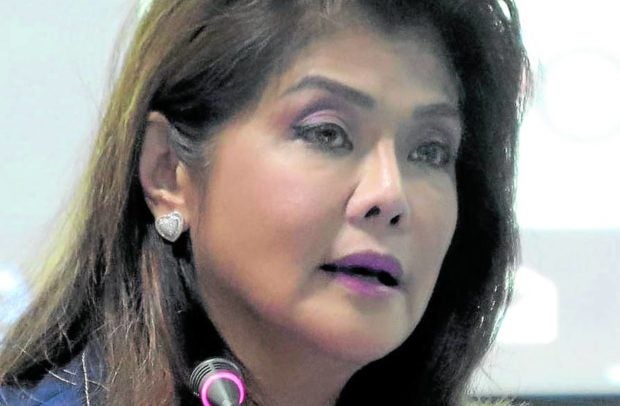 MANILA, Philippines — Sen. Imee Marcos has apparently had enough of her brother President Ferdinand Marcos Jr.’s reputation of being “mild-mannered,” telling him on Monday that “it’s time [for him] to get mad” at all those behind the “massive” corruption and inefficiency in the government.

At a press briefing, Imee said the President must now crack the whip against personalities involved in agricultural smuggling, as well as the corrupt personnel in the Bureau of Customs (BOC) and Bureau of Internal Revenue (BIR).

“I want him to get mad, go berserk by scaring off and naming all those behind agricultural smuggling, and by filing cases against all of them, including those who are notoriously corrupt in the BOC and BIR,” she said hours before President Marcos was to deliver his first State of the Nation Address.

While Imee admitted that one of the president’s traits is that he does not know how to get angry, she, however, said that “now is the time to get mad.”

“I wish that he really gets angry and declare to round up all of those who continue to sell drugs,” she said.

She cited the high prices of goods, which she blamed on the unscrupulous importers and members of the cartel.

“This is all the fault of the cartel, the smuggling syndicate within the [Department of Agriculture]. For God’s sake, can we just stop all this?” she said.

“But this is no longer right; our people have suffered long enough,” she said.

Imee said the Marcos administration should also go after petroleum companies that she said have refused to pay excise tax on fuel.

She made no mention, however, of the need for the government to collect other forms of taxes, such as the P203 billion of estate tax that the family owes.

As an elder sister, Imee said she was giving this piece of advice to her brother the President: “Let’s get angry; let’s get loud; let’s get specific.”

Imee said that while the president was already immune to all the brickbats that go along with holding a public position, he is willing to listen to “legitimate” criticism.