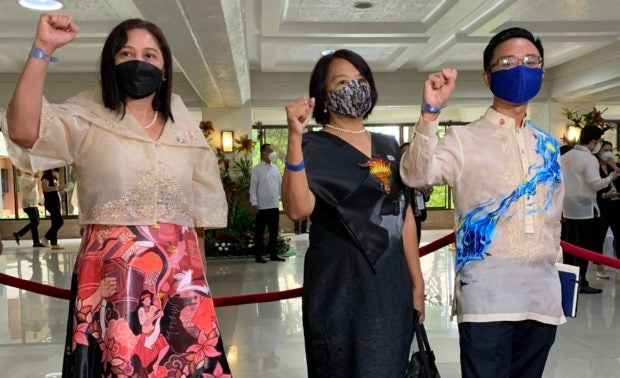 MANILA, Philippines — Three party-list representatives stood out from the crowd as they carried their advocacies on the clothes they wore for President Ferdinand “Bongbong” Marcos Jr.’s first State of the Nation Address on Monday.

A memorandum earlier issued by House of Representatives Secretary General Mark Llandro Mendoza stated a prohibition on wearing clothes with political messages for the said event.

“We are asserting our right as we cite our Constitution — our right to freedom of expression,” Castro told reporters on Monday.

(The black color signifies the darkness that comes with another Marcos elected into office, and it also symbolizes misinformation and historical revisionism. But you can see teachers giving color and light to the truth.) 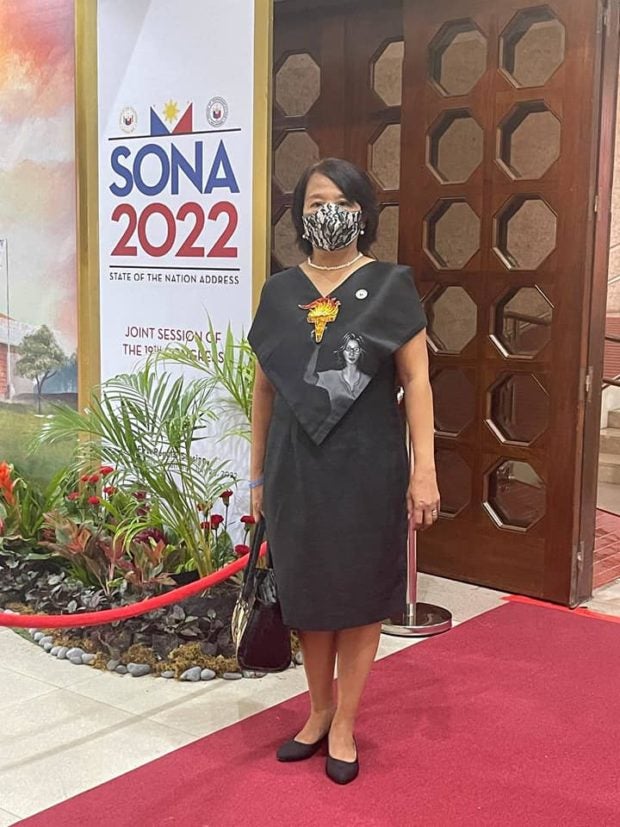 The black color signifies the darkness that comes with another Marcos elected into office, and it also symbolizes misinformation and historical revisionism. But you can see teachers giving color and light to the truth, France Castro explained. (Photo from ACT Teachers Facebook account)

Meanwhile, Manuel, who wore a hand-painted Barong Filipino, said he was wearing the demands of the Filipino youth for the Marcos administration.

(The opening of face-to-face classes in November should be done safely. And on the other side of my barong, it’s a call for justice for everyone, and not only for a select few. An illustration of interlocked hands connects these two advocacies.)

A phoenix, whose wings spread across the back of his barong, represents the Filipino youth’s role in bringing hope to their country, despite the culture of killing and darkness that is prevalent throughout many parts of it, according to Manuel.

(We want to end this because the youth believe this is the society we truly deserve.) 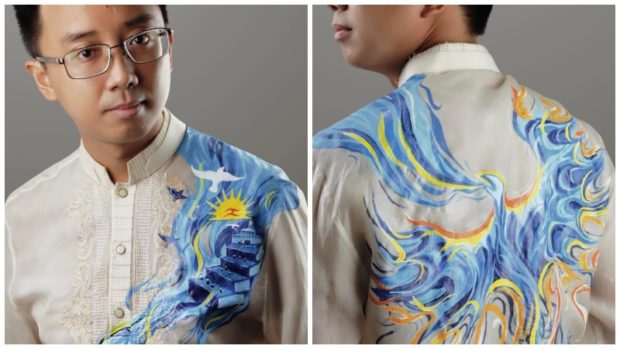 A phoenix, stretching its wings across the back of his barong, represents the role of the Filipino youth in bringing hope to the country amid a culture of killings and darkness, according to Raoul Manuel. (Photo from Kabataan Facebook account)

Brosas, donning a painted saya (skirt) which depicts the crucial role of women in economy, later reiterated their collective hopes for the country’s leaders to uphold the people’s right to express themselves in any medium freely. 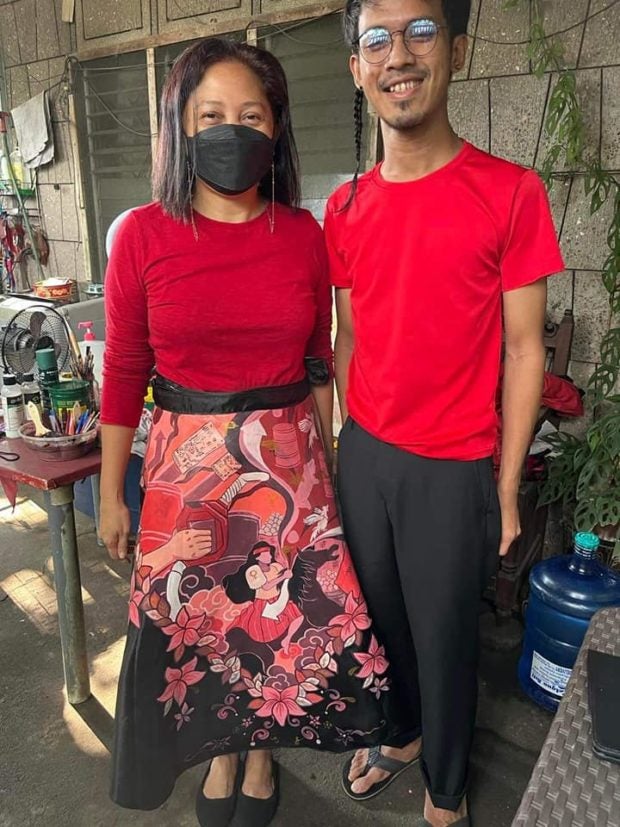 Gabriela Women’s party-list Rep. Arlene Brosas wears the custom-designed “saya” (skirt) on which artwork by teacher-activist Mico Selo is displayed. The drawing describes the valuable role of women in addressing the country’s economic crisis – amid the rising prices of fuel and basic necessities – and in forwarding solutions to critical situations. (Photo from Mico Selo)

(This is our right to freedom of expression, so we’re insisting that there’s nothing wrong with wearing anything with political messages in any field and place.)