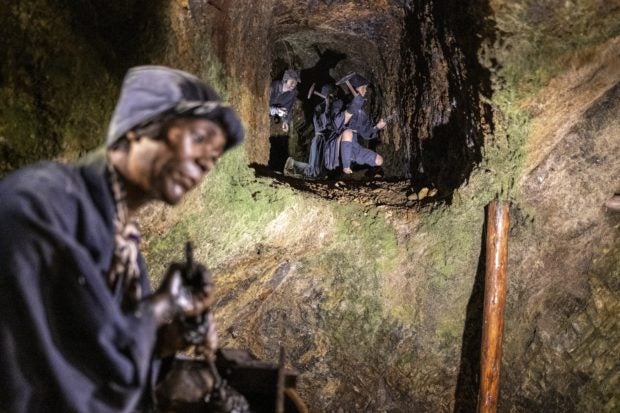 This photo taken on May 9, 2022 shows mannequins inside the Sohdayu mine on Sado island. AFP

SADO, Japan — Under a split-top mountain on the Japanese island of Sado lies a network of centuries-old mines that have sparked a new diplomatic row with South Korea.

Some of the gold and silver mines of Sado, off Japan’s west coast, are believed to have started operating as early as the 12th century and produced until after World War II.

Japan believes that lengthy history and the artisanal mining techniques used there at a time when European mines had turned to mechanization merit recognition on Unesco’s World Heritage List.

But in Seoul, the focus is on what isn’t mentioned in the bid: the use of conscripted Korean labour during the Second World War, when Japan occupied the Korean peninsula.

Japan is seeking recognition of three sites — the Nishimikawa gold mine, the Tsurushi silver mine, and the Aikawa gold and silver mines — for the period between 1603 and 1867.

Officials and supporters of the bid say that era was when the mines were the world’s most productive and mining was done by hand.

But it also stops short of the period when conscripted Koreans toiled in conditions that even some backers of the Unesco bid call “extremely harsh”.

The World Heritage effort has been years in the making, inspired in part by the successful recognition of a silver mine in western Japan’s Shimane region.

Ryo Usami, from Sado city’s World Heritage Promotion section, said locals hoped the recognition would highlight the mine’s contributions to the unique culture and history of the island.

“Many people migrated to Sado to mine gold and silver… They came from all over Japan and brought their local cultures,” Usami told AFP.

“Sado’s history is basically the history of these gold mines, and its culture formed in part thanks to the mining operations. That’s what Sado city wants to preserve.” 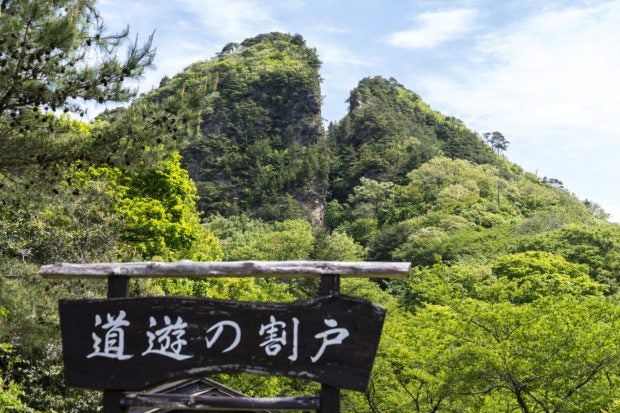 This photo taken on May 9, 2022 shows the split-top mountain of the Sado island gold mine. AFP

Production at the sites petered out by the 1960s, when mine operator Mitsubishi Materials began accepting tourists.

In the 1970s, animatronic robots were installed in some mining tunnels to give a sense of what life there was like.

The eerie, rundown figures remain, their heads swivelling side-to-side and arms mechanically swinging pickaxes up and down in a forlorn fashion.

Groups of domestic tourists file through the frigid tunnels and read panels that explain the history of Sado’s mining industry.

The panels note that Edo-era miners were often homeless or unregistered people who were captured and forced to work, and that child labour was used at times.

But there is little to testify that an estimated 1,500 Koreans worked at the sites during World War II.

Their status is disputed, with some arguing around two-thirds signed contracts voluntarily, while the remainder were conscripted during war-time mobilisation.

“The working conditions were extremely harsh, nevertheless the pay was very high, that’s why lots of people, including many Japanese, applied,” said Koichiro Matsuura, a former Unesco director-general who is backing Sado’s bid.

Others argue the recruitment conditions effectively amounted to forced labour, and that Korean workers faced significantly harsher conditions than their Japanese counterparts.

“Their working conditions were very bad and dangerous. The most dangerous jobs were allocated to them.”

‘A part of our history’ 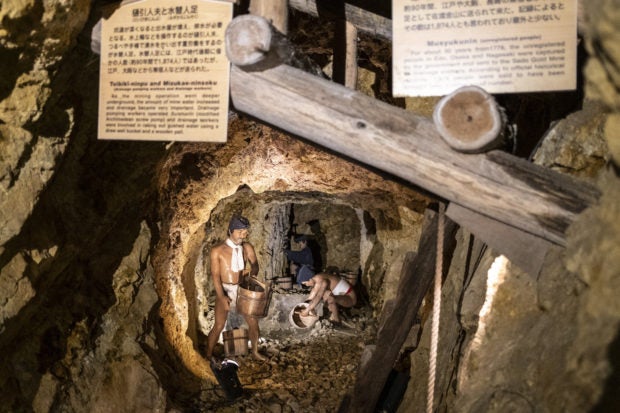 This photo taken on May 9, 2022 shows mannequins inside the Sohdayu mine on Sado island. AFP

Wartime issues like forced labour have soured ties between Japan and South Korea, and Seoul has formed a task force to push back against the Unesco bid.

After the bid was announced, the government summoned Tokyo’s ambassador and issued a statement saying it “strongly regrets” the nomination and “sternly urges Japan to stop its attempt”.

The issue of forced labour affects other Japanese heritage sites, including the “Sites of the Meiji Industrial Revolution” inscribed in 2015.

Unesco last year demanded an information centre for the sites properly explain that a “large number of Koreans and others (were) brought against their will and forced to work under harsh conditions”.

“We must say in a more concrete and more honest manner how the Korean workers lived and worked at the Sado gold mines.”

It’s a view shared by some visitors, including 79-year-old Hideji Yamagami.

“Of course they should (explain), I didn’t know about it at all,” he told AFP after a trip through the Aikawa site.

“I thought it was Japanese who had done all the hard work.”

Asano hopes Unesco will insist the full history of Sado’s mines is on display if the site gets World Heritage status, and believes Japan “should not fear” recognizing a part of its history.

“Every nation has its dark history, those nations who are completely exempt do not exist.”