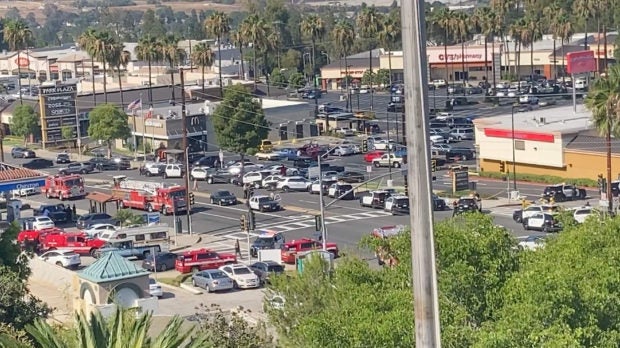 Two people were shot dead and five others wounded by gunfire at Los Angeles park on Sunday after shooting broke out at an informal car show in the community of San Pedro, the Los Angeles Fire Department said.

Paramedics took seven people to area hospitals, and two of them, a man and a woman, later died from their wounds, said Brian Humphrey, a fire department spokesman.

The shooting victims, four men and three women, ranged in age from 23 to 54, Humphrey said, but he could offer no information about what caused the confrontation.

The car show was an informal gathering, rather than an officially scheduled event, Humphrey said. As part of Southern California car culture, owners of classic cars and low riders often gather in public places to show off their rides.

Peck Park is a community center in San Pedro that has a baseball diamond, skateboard park, gymnasium and walking trails, according to the city’s parks and recreation website.

San Pedro, at the southwestern edge of the city, is home to the Port of Angeles, the largest container point in the United States.

Police had yet to report whether they had identified any suspects.

Although police offered no details of the shooting, they were able to quickly rule out classifying it as an active shooter situation, Officer Luis Garcia said, indicating officers did not see continued danger of a random mass shooting.