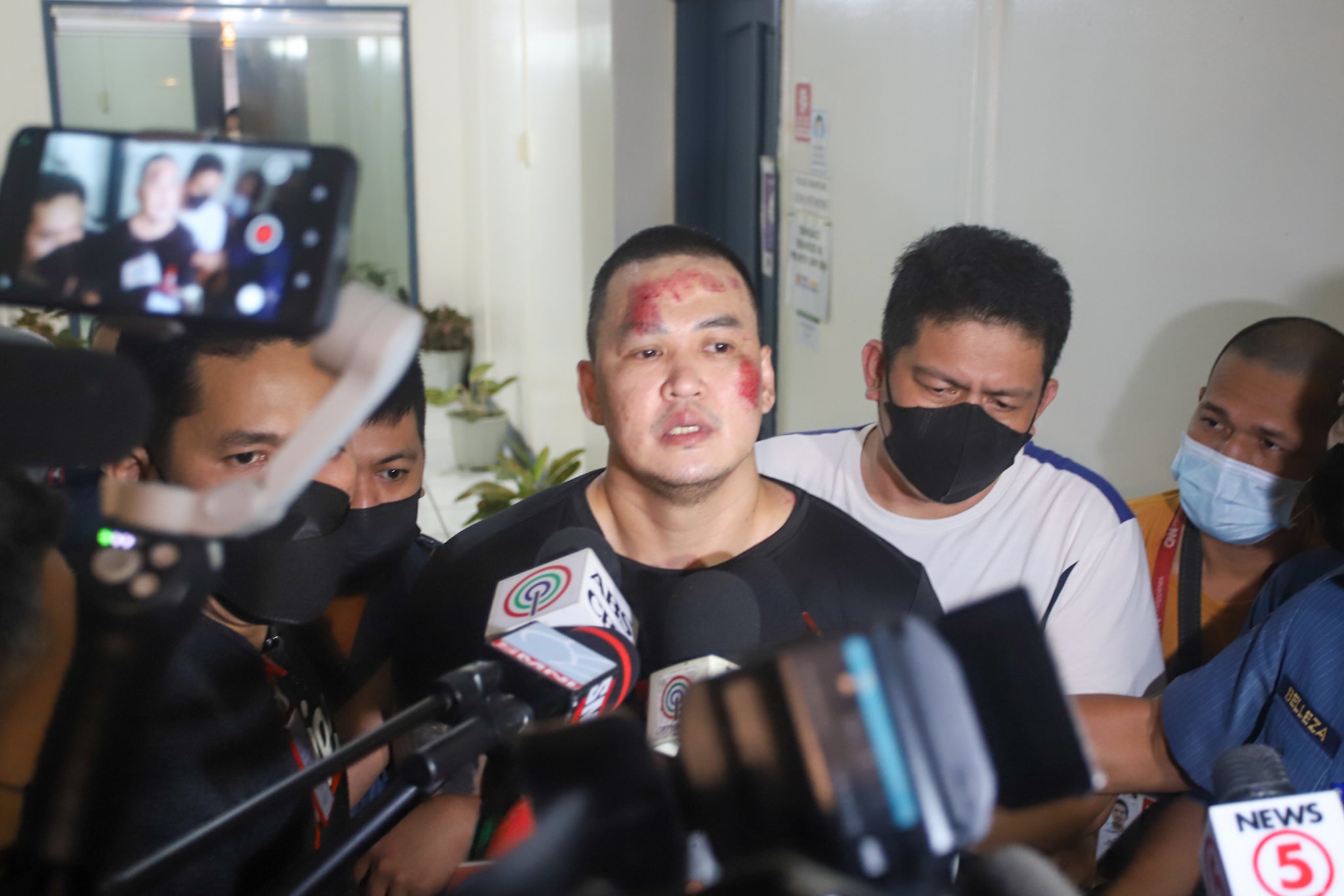 FOILED ESCAPE | Suspect Chao Tiao Yumol commandeered a car after the attack inside the Ateneo de Manila University campus in Quezon City but was captured by a crowd of bystanders, whom he tried to run over, on Aurora Boulevard after a brief chase. (CONTRIBUTED PHOTO)

MANILA, Philippines — The supposed drug accusations of the gunman in the Ateneo de Manila University against former Basilan mayor Rose Furigay are “pure lies,” the camp of the former mayor said on Monday.

Atty. Quirino Esguerra, the family lawyer and the spokesperson of the Furigays, said that the suspect Chao Tiao Yumol had no evidence to support the allegations against the former mayor of Lamitan City, Basilan province.

(The gunman’s allegations and accusations are not true. Those are pure lies.)

(He cannot provide evidence against Mayor Roderick Furigay and Mayor Rose Furigay. Those are merely concoctions in his head.)

The suspect Yumol, a doctor, supposedly told the police he killed Furigay because he believed she was involved in the drug trade in Basilan province.

Quezon City Police District director Brig. Gen. Remus Medina earlier said the suspect had “personal motives” against Furigay, saying Yumol had a grudge against the former mayor for filing cyberlibel charges against him, preventing him from practicing his profession.

Esguerra said Yumol is facing over 70 cases of cyberlibel filed by the family of Furigay, as well as by other officials of the city government after the doctor posted malicious posts against them in his Facebook page.

He added that Yumol had been “in hiding” since January 2021 as he faces seven warrants of arrest for cyberlibel and one for indirect contempt after posting disparaging posts against the judge of the Regional Trial Court Branch 12 in Zamboanga City.

The judge allegedly gave him 60 days of imprisonment and a fine of P20,000 in the indirect contempt case.

(He is a fugitive and has been in hiding since January 2021. He jumped bail.)

Esguerra also said Furigay had no threats to her life prior to the shooting incident.

He said Rose Furigay’s husband, incumbent Lamitan City mayor Roderick, and the family are “really devastated” by the incident.

(The family is extremely saddened by this incident and the nefarious crime was even perpetrated inside the grounds of Ateneo.)

Furigay was supposedly attending her daughter’s graduation from the Ateneo Law School.

She was taken to a nearby hospital where she was pronounced dead. Also killed were her longtime executive assistant, Victor Capistrano, and AdMU security guard Jeneven Bandiala.

Furigay’s daughter, 25-year-old Hannah Rose, was wounded along with a bystander. She was among the Ateneo School of Law students who were on campus for the commencement exercises scheduled at 4 p.m. at the Areté building.