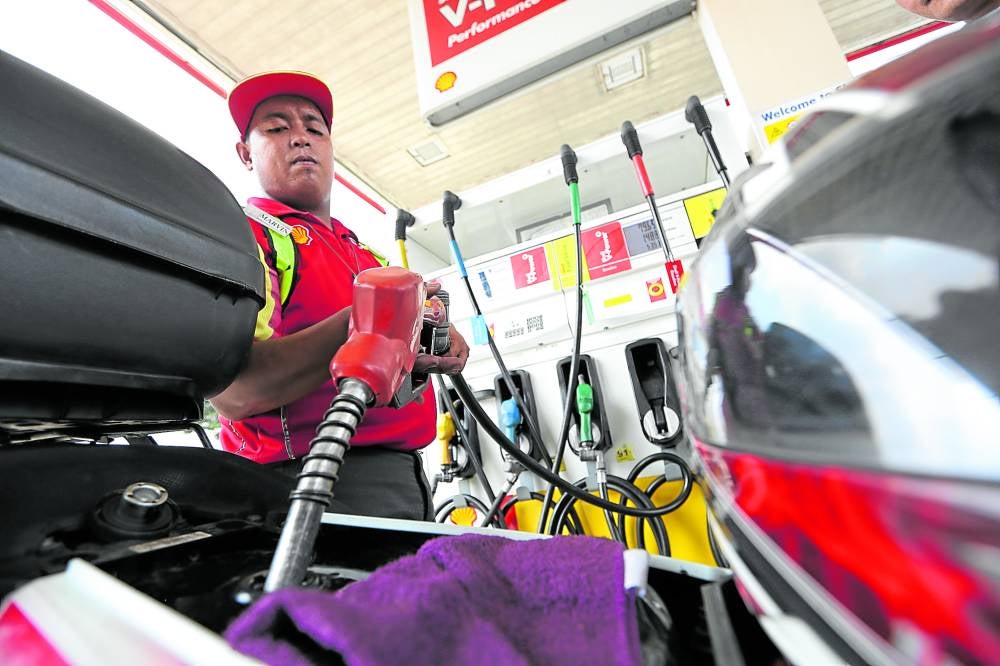 FILE PHOTO: An attendant fills up a gas tank at a petrol station in Quezon City on Sept. 24, 2019. INQUIRER PHOTO / NINO JESUS ORBETA

MANILA, Philippines—How many liters of petrol can someone in the Asia and Pacific region buy for an average net monthly wage?

Majority of countries in the region have seen record-breaking increases in petrol prices this year due to several factors.

While Russia’s invasion of Ukraine triggered the huge jumps in fuel prices, the increase in petrol prices was also attributed to rising crude oil prices—which is the base for petroleum products such as gasoline, diesel fuel, heating oil, jet fuel, and other refined products.

READ: Why it matters: How Putin’s invasion of Ukraine could impact PH

Kelly Hewitt, a principal energy specialist at Asian Development Bank (ADB), said since early September 2021, crude oil prices have jumped from just over $70 to over $100 per barrel in two common international price benchmarks—Texas Intermediate and Brent.

“The underlying problem is a shortage of oil and of refineries that produce gasoline,” Hewitt said.

As fuel prices go up, the analysis website Picodi.com examined and calculated in its recently published report how many liters of petrol one can afford for an average wage in Asia-Pacific countries, including the Philippines.

Price of petrol rose in APAC

Among the Asia Pacific countries, Sri Lanka saw the highest increase in petrol prices in the first half of 2022. From January to June, fuel prices in that country rose by 129.5 percent.

Pakistan, Indonesia, Philippines, and Vietnam followed Sri Lanka and were among the top five Asia Pacific countries with the highest increase in petrol prices—with an increase of 52.2 percent, 47.7 percent, 36.9 percent, and 36.8 percent, respectively. 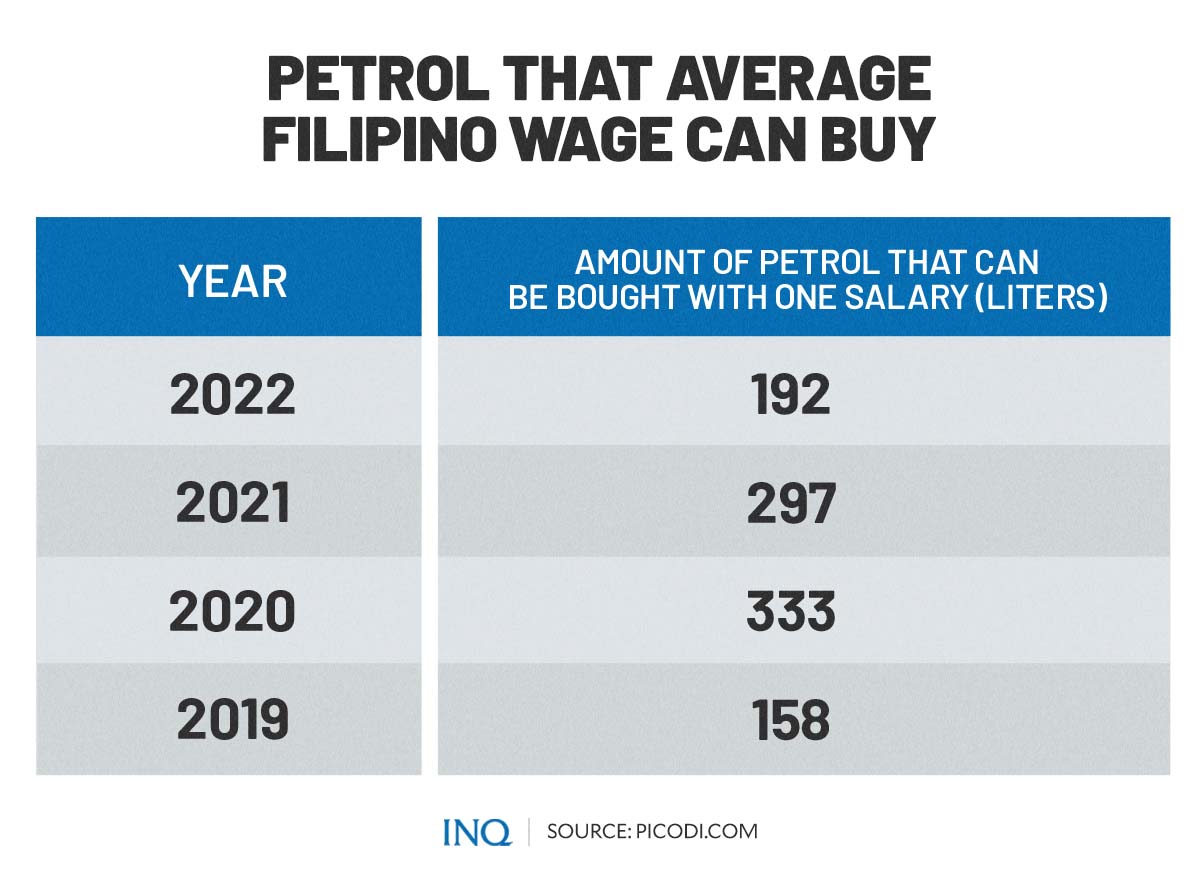 In its report, Picodi said the average price of one liter of petrol in the Philippines in June was P83.45 which was 36.9 percent higher than in January when prices averaged P60.95 per liter.

From January 1 to June 14, 2022, the Philippines’ energy department recorded the following net increases in oil products (per liter):

Countries such as India, Taiwan, and Japan also saw an increase in petrol prices, although only by a “very small margin”—1.3 percent, 2.4 percent, and 3.1 percent.

Meanwhile, Malaysia, the 25th largest oil producer in the world, was the only country in the region with stable petrol prices throughout the first six months of the year.

Petrol per average wage in PH

According to Picodi’s report, with an average wage of P15,997 net monthly, an average Filipino can buy up to 192 liters of petrol—if all of his or her monthly salary is used to buy petrol.

Compared to previous years, “the purchasing power of the average Filipino wage in the context of petrol has significantly decreased,” according to the analysis website. 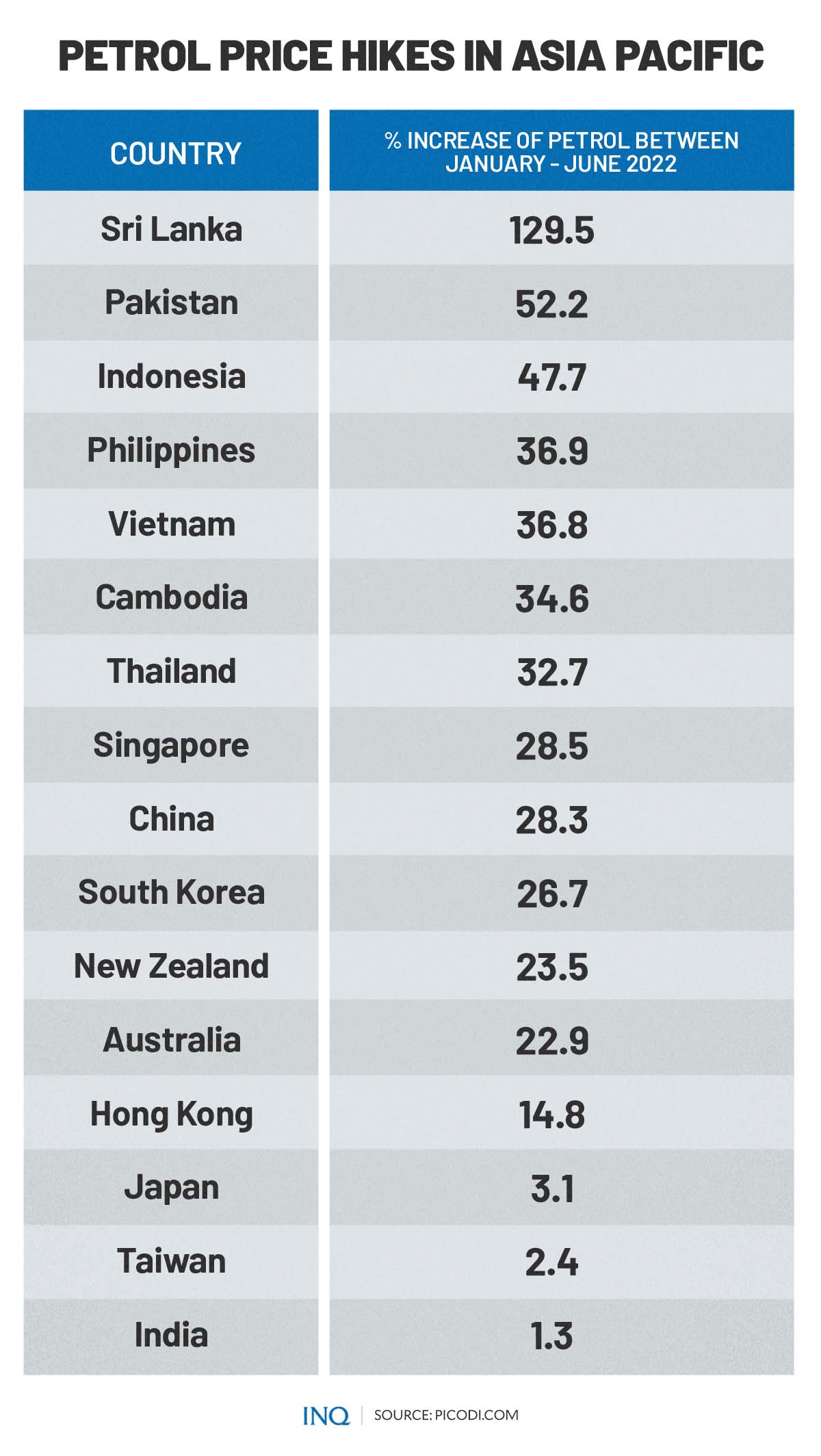 In 2019, however, the amount of petrol bought using the then-average monthly wage was lower—192 liters.

In September 2019, oil companies in the Philippines imposed the biggest increase in pump prices that year following the drone attacks on oil fields in Saudi Arabia—which, according to the Department of Energy, caused one of the largest oil spikes in crude oil history.

However, in terms of which countries pays the most for their fuel, Hong Kong, Singapore, and New Zealand topped the list with an average price of USD $3, $2.33, and $2.09 per liter of petrol between January to June 2022.

Picodi said in dollar terms, petrol prices in the Philippines are among the highest in the Asia Pacific—fifth out of 17 countries—at $1.55 per liter.

Last week, oil companies slashed gasoline prices by P5.70 per liter, diesel by P6.10 per liter, and kerosene by P6.30 per liter.

On Monday (July 18), oil companies announced a new round of pump price rollback for the week, which was implemented on Tuesday (July 19). 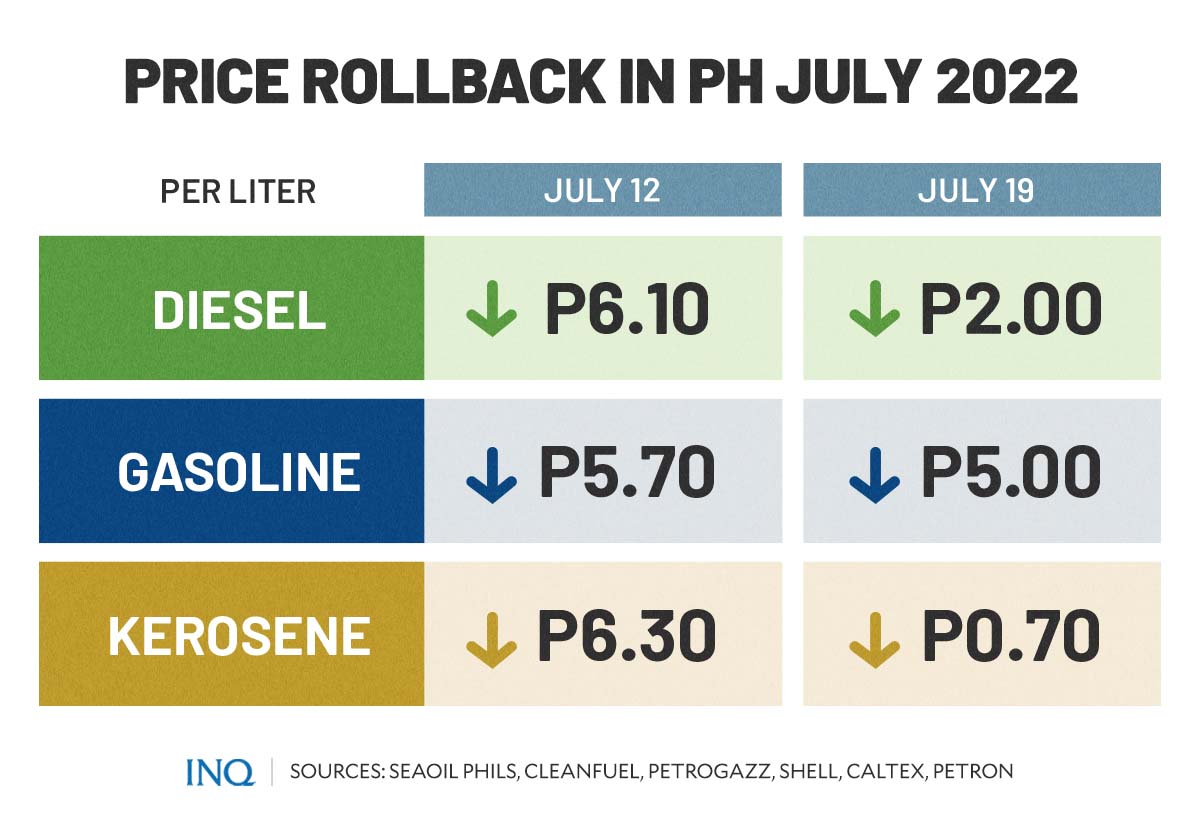 The price of gasoline decreased by up to P5 per liter, while prices of diesel and kerosene went down by P2 and P0.70 per liter.

This is the third straight week of fuel price cuts after weeks of consecutive oil price hikes.