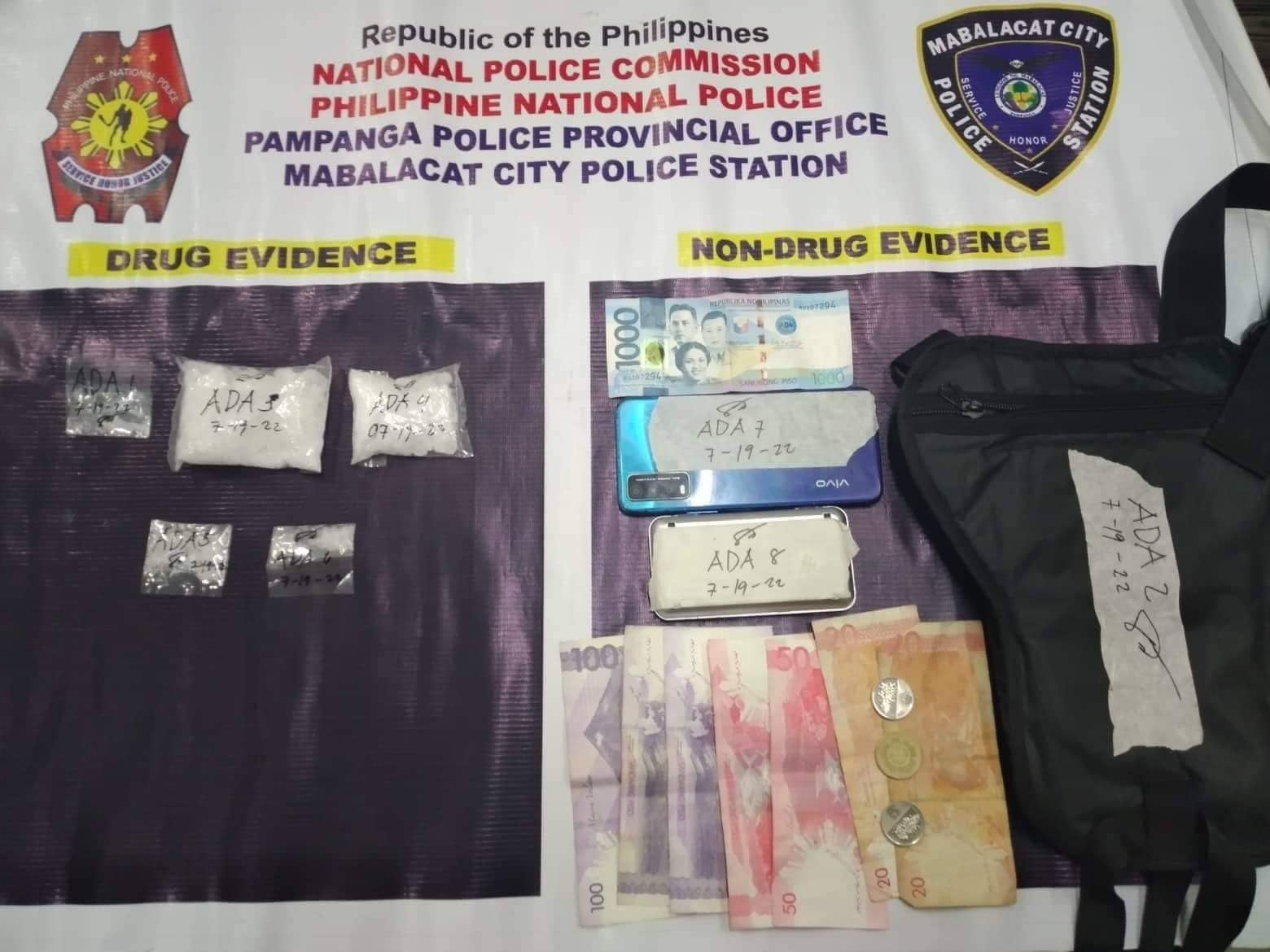 Authorities seized these packs of “shabu” or crystal meth from two suspected drug traders during an anti-narcotics operation in Mabalacat City on Tuesday, July 19. (Phoot courtesy of Police Regional Office 3)

In a statement, acting Pampanga police director Col. Alvin Consolacion identified the arrested suspects as Anthony Quiazon, of legal age, classified as a “high-value individual” in the police’s campaign against illegal drugs, and his companion, Cecile dela Cruz, also of legal age.

Using a marked P1,000 bill, an undercover police officer managed to purchase a small sachet of shabu from the duo.

Authorities  confiscated 95 grams of shabu from the suspects, along with a digital weighing scale and a mobile phone.

The buy-bust operation was jointly conducted by regional, provincial and city anti-illegal drugs operatives and members of the provincial mobile force.

The two suspects are facing a formal complaint for violation of the Comprehensive dangerous Drugs Act of 2002.