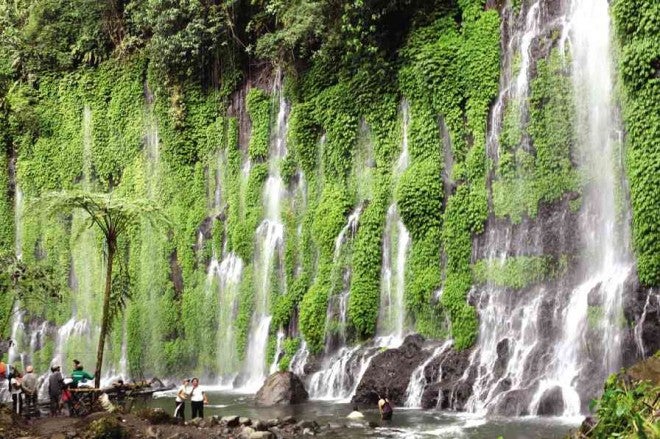 WHERE water falling out of crevices on this cliff comes from remains a mystery, but the site has become known as Asik-Asik Falls and the town of Alamada, North Cotabato province, is cashing in on a tourism boom from the natural wonder. JEOFFREY MAITEM/INQUIRER MINDANAO

MANILA, Philippines — The national government has been urged to increase budget allocation for Mindanao by five percent to provide more projects for its over 26 million residents, a veteran lawmaker said on Monday.

In a statement, Cagayan de Oro 2nd District Rep. Rufus Rodriguez — a long-time official of the said province in Mindanao — requested President Ferdinand “Bongbong” Marcos Jr. to make the additional budget a key part of his upcoming State of the Nation Address (Sona), which is scheduled on July 25.

As of now, Rodriguez said that only P650 billion was set aside for Mindanao in the 2022 national budget.  If his proposal is considered, the budget for Mindanao would increase by P286 billion.

“We request President Marcos to include this commitment in his first State of the Nation Address on Monday,” the lawmaker said.

“[Mindanao is entitled to additional funds] because based on the 2020 census, it had residents totaling 26.3 million, or 24 percent of the country’s population of 109.6 million,” he added. “We contribute 17 percent of the nation’s yearly total output of products and services.”

Rodriguez believes that such budget expansion would increase the pace of developmental projects in the region, as the five percent increase may result in a total P936 billion out of the projected P5.268 trillion proposed budget for 2023.

“If our island receives five percent more next year, or 18 percent of a possible P5.2-trillion budget, our total allocation would come up to P936 billion, or an additional P286 billion. That would go a long way in helping our people and developing our region,” he stressed.

The following are other key points for Mindanao that Rodriguez hoped Marcos would include in his Sona:

Rodriguez also suggested that Marcos pick Mindanaoan experts for the Department of Agriculture and the Department of Environment and Natural Resources posts, aside from transferring a huge bulk of the operations to Mindanao.

“The heads of these agencies will have their hands full in growing and exploring the farming and natural resources sectors, including minerals, on our island. However, the President should ban the highly destructive open-pit mining,” he said.

“The government should vigorously implement programs to help farmers and fisherfolks recover from the Covid-19 pandemic, high fuel prices, and fertilizer costs, and increase food production, including extending credit and farm input assistance and constructing more irrigation systems,” he added.

Marcos and his running mate, former Davao mayor and now Vice President Sara Duterte, won by a landslide in the 2022 national elections.  The Chief Executive got over 31 million votes — winning in almost all provinces in Mindanao.

During the campaign season, Marcos made several stops in Mindanao towns.  While he had no specific program laid out for the region, the President vowed to pull the area out of slump caused by the COVID-19 pandemic.