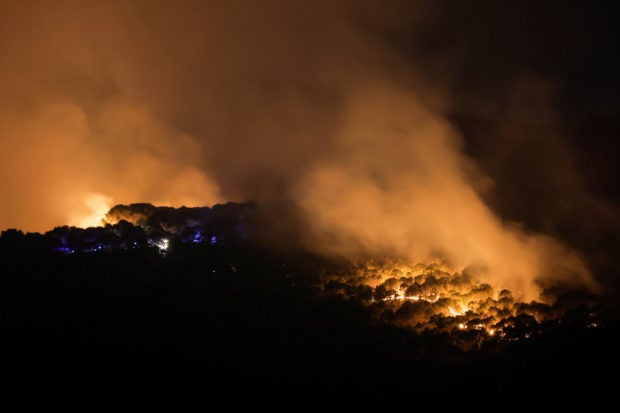 TABARA, Spain — A Spanish man trying to protect his town from a wildfire had a close brush with death on Monday when the blaze engulfed his digger, forcing him to run for his life while patting out flames on his clothes.

Angel Martin Arjona had been digging a trench in a field to stop the approaching fire reaching the northwestern town of Tabara when the sea of flames closed in on him.

Reuters footage showed him driving fast before taking a turn near a fence. Seconds later his machine disappeared from sight, surrounded by high flames and smoke.

Arjona ran out of the flames, stumbled and fell, then kept running, his trousers still burning and a firefighter in protective gear following him.

Arjona, the owner of a construction warehouse, was taken to hospital by helicopter with serious burns after his dramatic escape, his friend, mechanic Juan Lozano, told Reuters.

“It could have burnt everything, absolutely everything. It did not because there are good professionals and people who have the balls to protect us,” Lozano said.

Firefighters were battling blazes across southern Europe on Monday as a heatwave sent people hunting for shade and compounded fears about climate change.