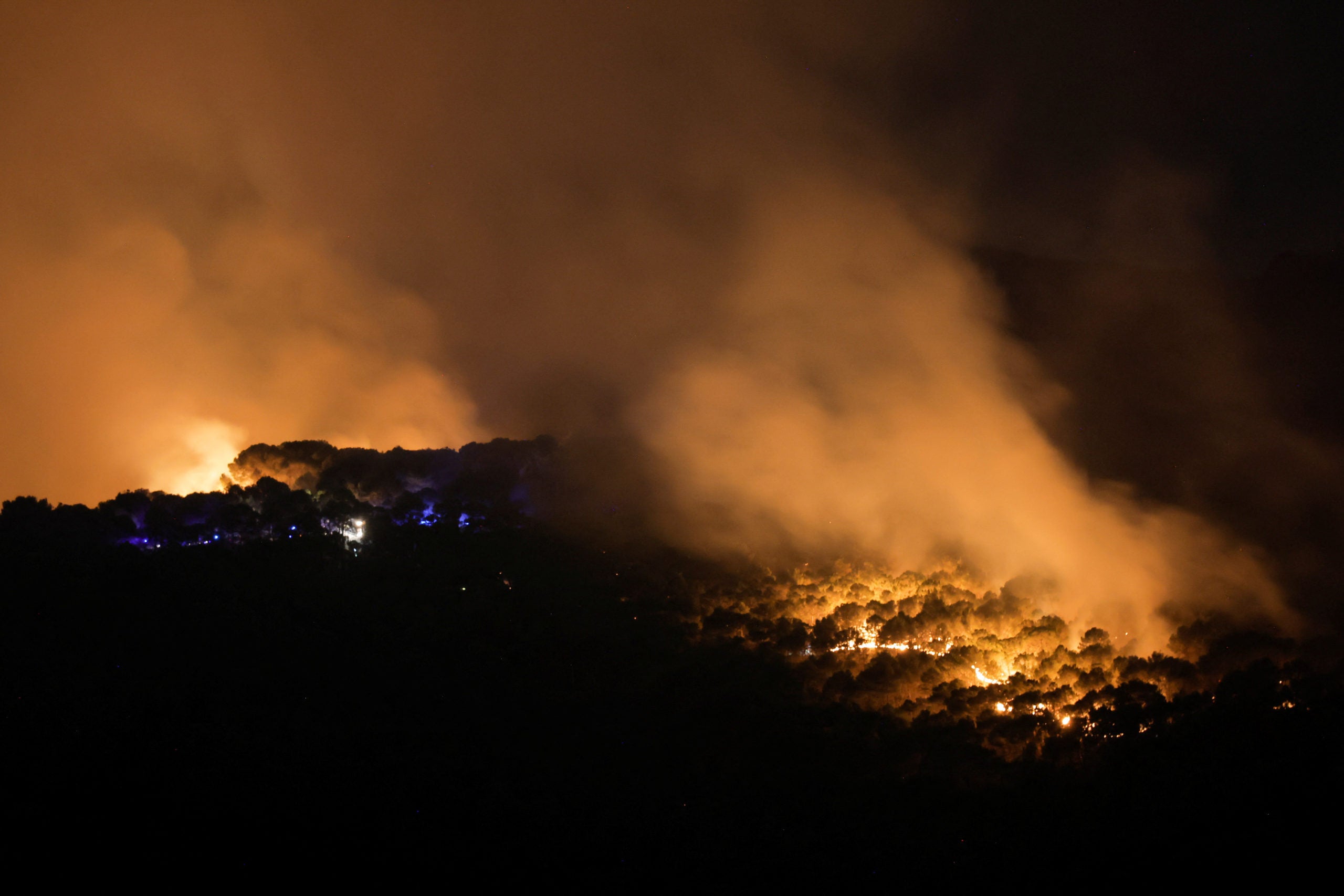 PARIS/LISBON — Wildfires raged in southwestern France and Spain on Saturday, forcing thousands of people to be evacuated from their homes as blistering summer temperatures put authorities on alert in parts of Europe.

About 14,000 people had been evacuated from France’s Gironde region by Saturday afternoon as more than 1,200 firefighters battled to bring the flames under control, regional authorities said in a statement.

“We have a fire that will continue to spread as long as it is not stabilized,” Vincent Ferrier, deputy prefect for Langon in Gironde, told a news conference.

Wildfires have torn through France in recent weeks, as well as other European countries including Portugal and Spain, and more than 10,000 hectares (25,000 acres) of land were on fire in the Gironde region on Saturday, up from 7,300 hectares on Friday.

In the latest weather warning, 38 of France’s 96 departments were listed on “orange” alert, with residents of those areas urged to be vigilant. The heatwave in western France is expected to peak on Monday, with temperatures climbing above 40 degrees Celsius (104 Fahrenheit).

In neighboring Spain, firefighters were battling a series of blazes on Saturday after days of unusually high temperatures that reached up to 45.7 C (114 F).

The nearly week-long heatwave has caused 360 heat-related deaths, according to figures from the Carlos III Health Institute.

More than 3,000 people have been evacuated from homes due to a large wildfire near Mijas, a town in the province of Malaga that is popular with northern European tourists, the region’s emergency services said in a tweet early on Saturday.

Many were taken to shelter in a provincial sports center.

“The police drove up and down the road with their sirens on and everyone was told to leave. Just leave. No instructions where to go,” said British pensioner John Pretty, 83.

Elsewhere in Spain, thick black plumes of smoke rose into the air near Casas de Miravete in the Extremadura region as helicopters dumped water on flames that have scorched 3,000 hectares, forced the evacuation of two villages, and threatened to reach the Monfrague national park.

Fires were also burning in the central region of Castille and Leon and in Galicia in the north.

There was some respite for firefighters in Portugal, where temperatures dropped across most of the country on Saturday after reaching about 40 C (104 F) in recent days.

“We have had big fires and we don’t want them to be reactivated again … We will keep extreme vigilance this weekend,” Emergency and Civil Protection Authority Commander Andre Fernandes told reporters.

A total of 39,550 hectares (98,000 acres) was ravaged by wildfires from the start of the year until mid-June, more than triple the area razed by fires in the same period last year, data from the Institute for the Conservation of Nature and Forests showed.

An area equivalent to almost two-thirds of that has burned during fires in the last week.

Portugal’s Health Ministry said 238 people had died as a result of the heatwave between July 7 and 13, most of them elderly people with underlying conditions.

Across the Mediterranean from Europe, blazes in Morocco ripped through more than 2,000 hectares of forest in the northern areas of Larache, Ouazzane, Taza, and Tetouane, killing at least one person, local authorities said.

More than 1,000 households were evacuated from their villages and water-carrying planes helped extinguish most of the fires by Friday night, though firefighters were still struggling to douse three hot spots near Larache.

In Britain, the national weather forecaster issued its first red “extreme heat” warning for parts of England on Monday and Tuesday.

With possibly record-breaking temperatures expected, the government’s emergency response committee was due to meet later on Saturday.

READ: Portugal, Spain on wildfire alert as heatwave kicks in