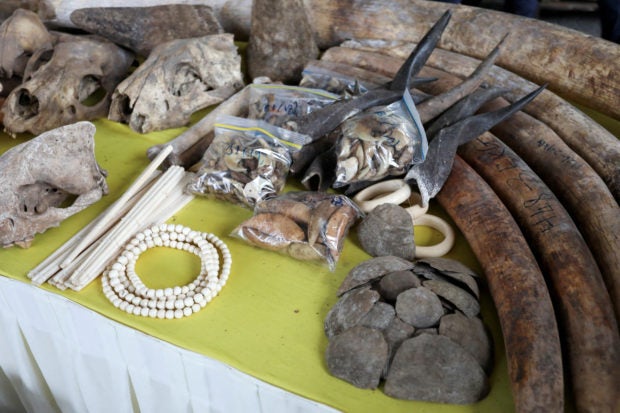 Animals body parts, including pangolin scales and tiger claws, seized by Malaysia’s customs officers from a trafficker are displayed during a news conference at Port Klang, Selangor, Malaysia, July 18, 2022. REUTERS

Authorities discovered around six tons of ivory tusks and other animal parts at the western port in Selangor state on Sunday. The animal parts were believed to be shipped from Africa, Malaysian Customs Director General Zazuli Johan said at the briefing.

Malaysia is one of several Southeast Asian countries identified by conservationists as a major transit point for illegally trafficked endangered wildlife that is en route to other Asian countries, mostly China.