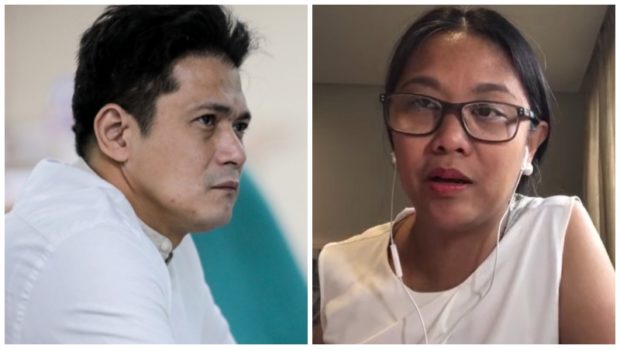 Padilla is eager to hear Marcos lay out his plans in the agriculture, energy, and employment sectors.

He likewise wanted to know Marcos’ plans on other concerns, such as the continuation of former President Rodrigo Duterte’s Build, Build, Build program and the war on illegal drugs.

(We need agriculture because we need to produce our own food. Also, I need to hear the President’s stance on jobs and the Constitution.)

Marcos concurrently sits as secretary of the Department of Agriculture.

As power outage is prevalent in many areas like Occidental Mindoro, Padilla is awaiting the President’s solution to the issue and his program on energy.

(The people there were clamoring for electricity. I want to know what the administration plans to do about it.)

For her part, Binay raised that Marcos should tell the public about his six-year roadmap, including his strategy to alleviate the country’s situation amid the COVID-19 pandemic and soaring fuel prices.

(First, his plan to rise from the pandemic’s effects and rising fuel costs.)

“Maganda kung ano ‘yung magiging roadmap for the next six years. I think ‘yun ‘yung dapat mailatag na niya during his first Sona,” she went on.

(I think it will be good if he shares his roadmap for the next six years. I believe that is what he needs to present during his first Sona.)

RELATED STORIES:
Over 21,000 security personnel to be deployed for Bongbong Marcos’ first Sona