Dela Rosa says Cha-cha is 'worth the try' | Inquirer News

Dela Rosa says Cha-cha is ‘worth the try’ 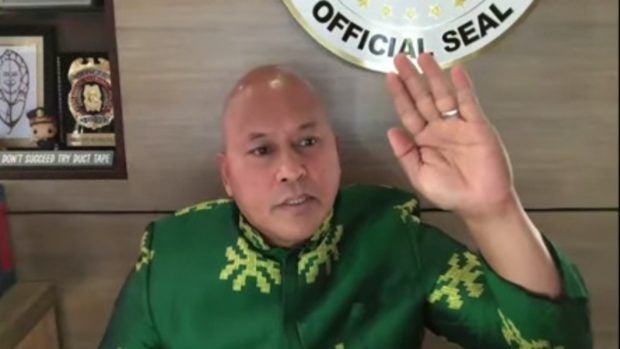 MANILA, Philippines — “It’s worth the try.”

So said Senator Ronald “Bato” Dela Rosa on proposals to amend the 1987 Constitution even as he admitted it will be met with many challenges such as resistance from lawmakers, who “are more comfortable with the status quo.”

(I don’t want to offend my colleagues in the upper and lower chamber of the Congress. But, more of them are more comfortable with status quo. They are enjoying the present setup. So, maybe it’s like that. They don’t want to change the constitution. They want it to be as is.)

(It’s hard amending the Constitution, but it’s worth the try for the sake of the country’s future, it’s worth trying.)

He made these remarks when asked whether it would be impossible or difficult to propose amendments in the Constitution, considering that there is a new administration and there is a new set of lawmakers in the 19th Congress.

(We will give Comelec additional powers to disqualify party-list groups that are identified to be directly or indirectly supporting terrorist groups. That is the amendment that we want, especially to those organizations who are prescribed under the Anti-Terrorism Act.)