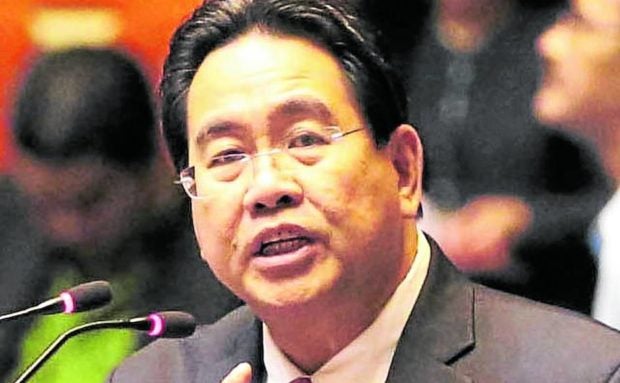 MANILA, Philippines — The Marcos administration should explore other options in funding three major railway projects that were effectively put on hold with the government’s cancellation of loan applications with China, Cagayan de Oro City Rep. Rufus Rodriguez said in a statement issued on Sunday.

State-run China Eximbank had not acted on the funding requests, which prompted the Department of Finance (DOF) to notify the bank the loan should be “considered withdrawn.”

President Ferdinand Marcos Jr., however, has since ordered the DOTr to review and possibly renegotiate the terms of the loans.

But Rodriguez wants the government to discontinue instead of seeking financing from China.

The lawmaker said Beijing’s failure to act on the funding being sought by Manila “shows that we cannot rely on our so-called Chinese friends.”

“The problem with loans from China is that there will be strings attached which will sacrifice our full sovereign rights over our West Philippine Sea,” Rodriguez noted further in his statement on Sunday.

“We have other funding options, which the new national leadership should explore,” he said.

He also suggested that the government could even tap the annual national budget to undertake the projects.

In a separate statement, Sen. Grace Poe said any loan renegotiation with China should not compromise the country’s interests.

“Renegotiation should iron out issues that saddled the previous agreements, including interest rates and payment terms,” said the senator, who heads the committee on public services in her chamber.

Taken ‘for a ride’

Meanwhile, retired Supreme Court Associate Justice Antonio Carpio chided the previous administration for wooing China for loans and investments in exchange for setting aside the 2016 arbitral ruling which favored Manila in its maritime dispute with Beijing.

That policy instead showed that “China took Duterte for a ride,” Carpio told the Inquirer on Sunday.

Carpio said little of the promised infrastructure investments from China had materialized, even as it continued its harassment and incursions in Philippine waters.

“China is also facing economic headwinds and that could be the reason [why] China decided not to lend anymore to the Philippines. So any renegotiation of the canceled loans may be futile,” he said.

Carpio noted that “the Chinese loans at 3-percent interest are very expensive. These are commercial rates. We should borrow from Japan or South Korea.”

Transportation Undersecretary Chavez said on Friday the bank had sought a 3-percent interest on the loans, compared with Japan’s 0.01-percent rate for its official development assistance (ODA) to the Philippines.

As a longtime economic partner of the country, Japan has provided $14.1 billion to the Philippines by the end of 2020, as opposed to China’s $1.2 billion.

But as former Finance Secretary Carlos Dominguez III had earlier emphasized, the assistance from China and Japan could not be compared “because we’ve been dealing with the Japanese far, far longer than the Chinese.”

On June 13, some two weeks before the end of Duterte’s term, the country borrowed P17.4 billion from China to build a bridge connecting his hometown of Davao City to neighboring Samal Island.

The 2.3-billion renminbi financing was the first ODA denominated in the Chinese currency, in contrast to earlier loans from China which were denominated in US dollars.

This last loan by the outgoing administration had an interest rate of 2 percent per annum, payable in 20 years plus a seven-year grace period, according to the DOF. China Road and Bridge Corp. was tapped to build the 3.9-kilometer bridge.

According to the Chinese Embassy, 17 projects between China and the Philippines have been completed and more than 20 are in progress.

On Sunday, the embassy said Beijing had been “negotiating technical issues” with Manila over their joint infrastructure projects, and both sides have made “positive progress to move the projects forward.”

“China will tap its own advantage and support the Philippines to improve its infrastructure,” the embassy said in a statement.

This was the second time that China issued a comment, following the controversy over the suspended railway projects.

Beijing, however, has not directly referred to that matter so far. On Friday, China’s Foreign Ministry spokesperson Wang Wenbin said his country was committed to “support[ing] the Philippines” over a broad range of its objectives, including “strengthen[ing] conventional and hi-tech infrastructure.”

Carpio urged the government to have the “political will” in asserting the arbitral ruling.

“Malampaya [gas field off Palawan], which supplies 40 percent of the energy requirement of Luzon, will run out of gas in three to five years. The only possible replacement is Recto Bank,” he said in an online forum on Saturday, referring to the undeveloped tablemount within the country’s exclusive economic zone which is estimated to contain 73.6 million cubic meters of natural gas.

“If we want to keep our energy costs within reasonable levels, and if we want to unburden our people from exorbitant energy costs, we must follow the example of Malaysia and Indonesia [which went ahead exploring its resources],” Carpio said.

“This requires political will, [of] which the Duterte administration was in severe deficit when dealing with China,” he added.

With no contractors from China, Mindanao Railway Project hits the brakes