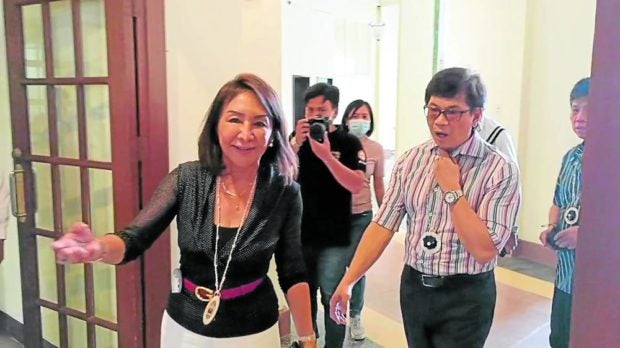 CEBU CITY, Cebu, Philippines — Interior Secretary Benhur Abalos has promised to consult local officials on different government policies before these were implemented as he moved to mend fences with leaders here that had a public spat with the former chief of the Department of the Interior and Local Government (DILG).

Abalos, who visited Cebu on Friday, believed there should be a strong partnership between the national and local governments, ”taking to mind autonomy,” as the new administration “is bent on giving what is due to the local governments in terms of shares from the revenues of the government.”

Aside from Cebu, Abalos said he would also visit other LGUs in the country to listen to the concerns of the different local chief executives.

The provincial government believed that Abalos’ visit to Cebu on Friday signaled better relations with the local government.

Cebu Gov. Gwendolyn Garcia described Abalos’ visit as a ”breath of fresh air” after the province had several conflicting policies with former Interior Secretary Eduardo Año in the handling of the COVID-19 pandemic.

“I would like to thank the good secretary for coming over to Cebu. This is really quite an honor that he has chosen to come to Cebu, probably one of the first provinces that he has come to visit. He honors Cebu and the Cebuanos for doing this,” Garcia said.

“Now we can breathe freely. Because I have heard from the secretary himself that we need to work together: national government and local government.”