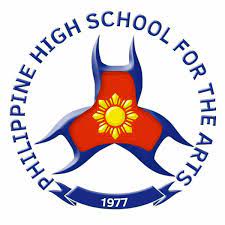 DepEd has asked the NBI to probe alleged abuses committed inside PHSA.

MANILA, Philippines — The Department of Education on Thursday explained its stand why another agency was tasked with the investigation into the alleged abuses at the Laguna-based Philippine High School for the Arts.

To avoid the perception of bias, Vice President and concurrent Education Secretary Sara Duterte said she has asked the National Bureau of Investigation to step in .

Duterte said that they requested the NBI to submit its recommendations as soon as possible.

Vice World News uncovered the alleged cases of sexual, verbal, and emotional abuse of students in an in-depth report on June 28.

Several PHSA alumni have voiced out the abuses that they suffered allegedly from the hands of either their teachers, personnel, or fellow student.

Noting that the institution is not perfect, the school countered that it was “unfair” to portray PHSA as a “haven for abuse.”

Meanwhile, a separate investigation on the alleged abuses was sought in the Senate.

Senator Risa Hontiveros lodged a resolution, directing the Senate committee on women to review the accusations and possible violations of the Safe Spaces Act.