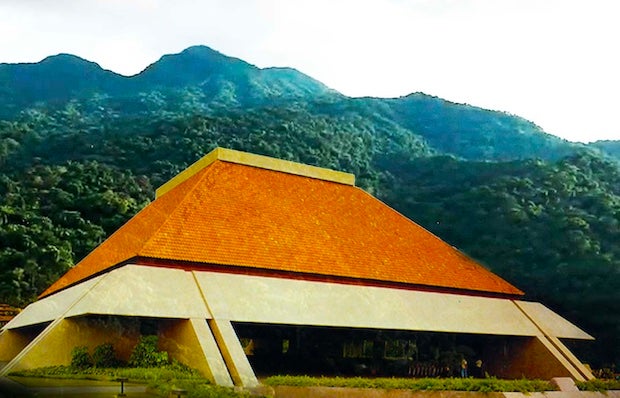 The Philippine High School for the Arts in Los Baños, Laguna. (Photo from the school’s Facebook account)

MANILA, Philippines — Amid allegations of cases of sexual, verbal, and emotional abuse at the Philippine High School for the Arts (PHSA), its administrators on Wednesday said it was “unfair” to portray the state-run school as a “haven for abuse.”

In an in-depth report of Vice World News on June 28, PHSA alumni spoke about being abused either by teachers, personnel or a fellow student at the state-run public high school for gifted young artists located at Mt. Makiling, Laguna.

One claimed he was molested by a senior student and a teacher while another said a current employee had harassed her and was continuing to victimize other students.

Reacting to the article, the PHSA management said that like other institutions, it was not perfect.

“But please be assured all our school personnel are working hand-in-hand toward providing our students a safe learning environment, whether online or in Makiling,” it said, adding that it was working on the improvement of their safety and well-being.

It also said that it “sympathized” with alumni who had complained of past abuses, and gave assurance that the school had approaches recognized by the Civil Service Commission, Commission on Human Rights, and Cultural Center of the Philippines (CCP) to deal with disciplinary matters should the victims decide to file complaints.

Child rights advocates have called on the Department of Education (DepEd) and CCP to immediately act on the matter, saying that these agencies “should not be aiding and abetting” the sexual abuse of students.

“For years, reports on sexual abuse, harassment and other forms of violence committed against students — who are mostly minors — of the PHSA have surfaced, yet no comprehensive and decisive action on the part of the government has been done to address the issue,” the Child Rights Network (CRN) said in a statement on Wednesday.

“Schools should be safe spaces, not places where abuse and harassment thrive,” it said.

The CRN underscored that while all schools had mechanisms on reporting protocols and sanctions, the PHSA’s “repeated failure” to end the cycle of violence “clearly shows that such mechanisms are being perfunctorily implemented, or in worse cases, totally set aside.”

“We gently remind not only the offenders but also the PHSA administration, DepEd, and CCP: These heinous acts violate landmark laws that were legislated to protect our children,” it said.

While the DepEd has yet to officially comment on the issue, it informed reporters that it had reached out to PHSA.

Read Next
Governor Garcia shoots down Cebu-Mactan split proposal
EDITORS' PICK
Look Through: Super Typhoon Karding barrels through parts of Philippines
Do all the things you do, faster
POGOs not linked to Illegal online gaming, says Pagcor
House energy committee chair Arroyo bats for cheap electricity
Metro Manila now at moderate risk for COVID-19 — DOH
Motorcycles, smartphones, and cash prizes up for grabs in TNT’s ‘Tuloy Ang Saya’ Raffle in Mindanao
MOST READ
Robredo supporter tackles elephant in room: No massive fraud in 2022 polls, surveys were just right
Comelec invalidates win of sitting governor in Negros Oriental
‘Shopee’ trends on Twitter after Toni Gonzaga becomes its new endorser
DepEd: We are in a crisis situation in education sector
Don't miss out on the latest news and information.