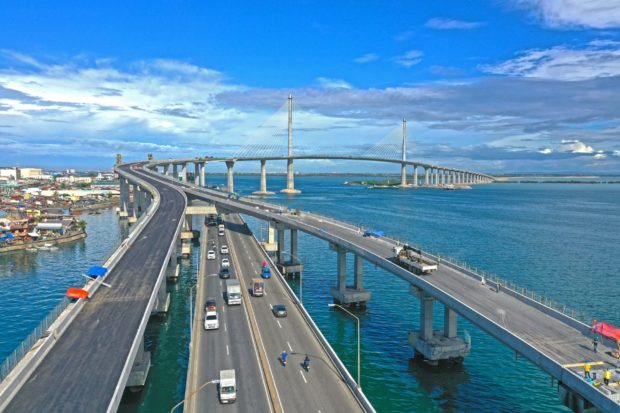 CEBU CITY, Cebu, Philippines — Mayor Junard Chan of Lapu-Lapu City in Mactan wants the island, which is home to an international airport and popular beach resorts, to become a separate province from Cebu, saying the split would spark development in the countryside.

But the proposal, which Chan had floated, was shot down by Cebu Gov. Gwendolyn Garcia.

At a press conference on Tuesday, Garcia emphasized the importance of unity “not just philosophically, not just politically, but physically, geographically and as a people.”

Chan told a media forum also on Tuesday that transforming Mactan into a separate province would be beneficial to both the island and Cebu province.

“If there will [be] a province of Mactan, maybe it will become the next little Singapore,” Chan said.

Mactan Island is composed of the municipality of Cordova and Lapu-Lapu City which hosts the Mactan-Cebu International Airport, economic zones, and top beach resorts.

“It will be advantageous if Lapu-Lapu City will become part of a new province because we will have our own governor and we will have a separate budget for that,” Chan said.

Creating a new province in Mactan would also be a fulfillment of the dream of the late Presidential Legislative Liaison Office Secretary Adelino Sitoy, who earlier served as mayor of Cordova town.

But splitting Cebu would not get an endorsement from Garcia.“You know what my position is. I was and I am and will always be against Sugbuak [to divide Cebu)]. And I know that the people of Cebu agree with me,” she said.

Garcia said there were more important things to focus on instead of dividing Cebu.

Garcia, who was then serving her first term as governor, as well as other local officials, members of the academe, and the Church, strongly opposed the move to divide Cebu.

The bills were never passed while the three representatives who authored the proposed measures lost in subsequent elections.