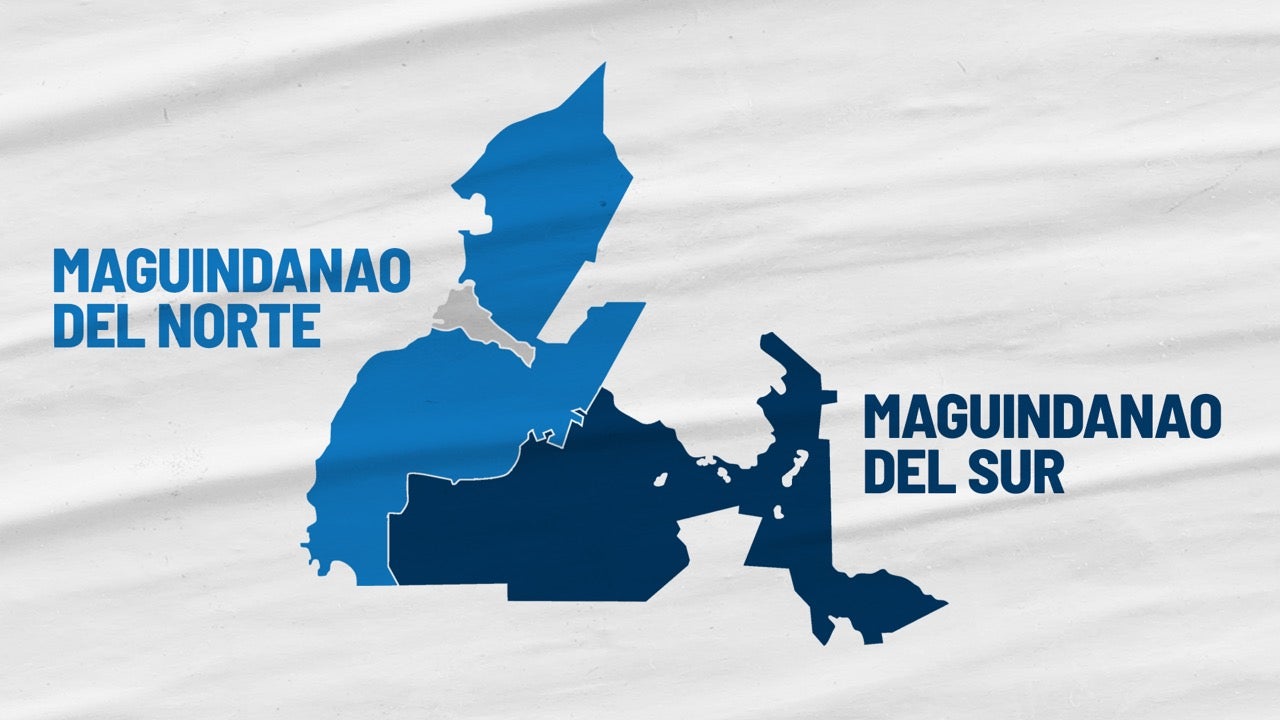 Graphic representation of the division of Maguindanao into two provinces.

KORONADAL CITY—The provincial government of Maguindanao is making available some P120 million in local funds to bankroll a plebiscite on a law seeking to divide it into two provinces.

Gov. Bai Mariam Sangki-Mangudadatu said the provincial board approved the funding allocation after the Commission on Elections (Comelec) inquired if the provincial government could fund the plebiscite expenses.

With funds available, Sangki-Mangudadatu said the province was now ready for the plebiscite’s conduct.

“We are waiting for the Comelec to set the date of the plebiscite,” Sangki-Mangudadatu said during a local radio station interview.

Republic Act No. 11550, the measure to divide Maguindanao into Maguindanao del Norte and Maguindanao del Sur provinces, was signed by President Duterte on May 27. It was also published in the Office Gazette on the same day.

RA 11550, authored by Maguindanao Representatives Esmael Mangudadatu and Datu Roonie Sinsuat Sr., states that the plebiscite must be held not later than Sept. 9 this year.

15 years in the making

The move to divide Maguindanao into two provinces started 15 years ago, when the Regional Legislative Assembly of the then Autonomous Region in Muslim Mindanao (ARMM) created in 2006 a new province carved out of Maguindanao and named it Shariff Kabunsuan in honor of the Malay preacher who introduced Islam in central Mindanao.

But the Supreme Court, in 2008, declared the ARMM law unconstitutional saying only Congress has the power to create provinces.

Under RA 11550, Maguindanao del Norte will be composed of the towns of Barira, Buldon, Datu Blah Sinsuat, Kabuntalan, Matanog, Northern Kabuntalan, Parang, North Upi, Sultan Kudarat, Sultan Mastura and Talitay, and the city of Cotabato; and the capital town of Datu Odin Sinsuat.

Maguindanao is at the heart of the once vast Empire Province of Cotabato, which included what are now Cotabato, South Cotabato, Sultan Kudarat and Sarangani provinces, and the highly urbanized city of General Santos.