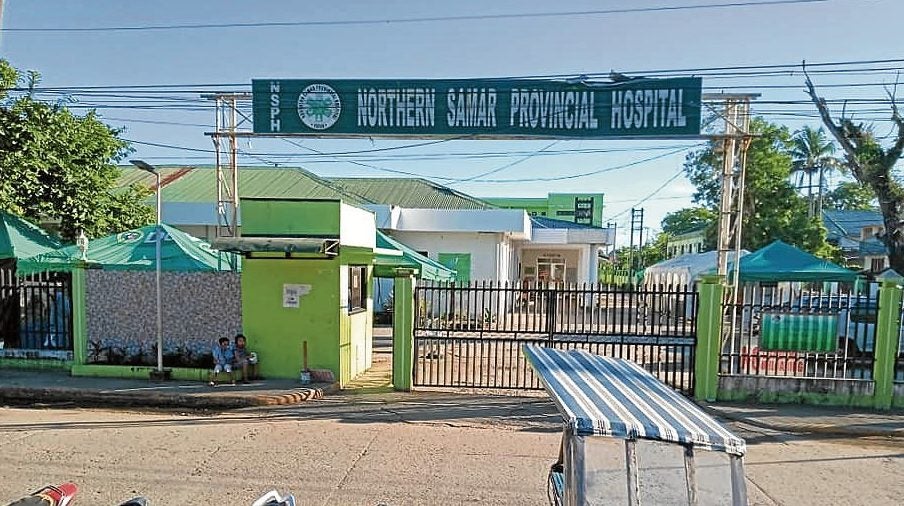 WHO DID IT? The Northern Samar Provincial Hospital is now at the center of an investigation after one of its physicians allegedly took out 15 doses of Sinovac vaccine and brought them to the house of a “powerful politician” in the capital town of Catarman on June 10 without the permission of authorities. —CONTRIBUTED PHOTO

TACLOBAN CITY—Northern Samar Gov. Edwin Ongchuan has ordered an investigation into the transfer of 15 doses of the China-made Sinovac vaccines from the provincial hospital to the house of a “powerful politician” in the capital town of Catarman without the permission of local health authorities.

In an executive order issued on July 12, the governor created an investigating committee led by the provincial health officer.

“The provincial government would like to assure the public that it is one with them in the quest for the truth behind the alleged illegal transfer of 15 doses of Sinovac COVID-19 vaccine from the Northern Samar Provincial Hospital cold room/vaccination facility,” Ongchuan said in his order, a copy of which was released on Friday.

“The provincial government will be objective in the treatment of the issue and will not tolerate any abuse of authority or breach of the protocols if proven in the course of the investigation,” he added.

The Department of Health (DOH) and the National Bureau of Investigation have also decided to separately look into the incident.

The investigations were prompted by reports that began circulating on social media over the past weeks, which claimed that, on June 10, at least 15 doses of CoronaVac, which is manufactured by Sinovac Biotech Ltd., were taken out of the provincial hospital’s cold storage room and vaccination facility and were reportedly brought to the house of a “powerful politician,” an elected official.

There, the vaccines were administered to the politician’s household staff and security personnel who did not go through the required listing process.

It was also alleged that a physician working at the hospital took out the vaccines without the knowledge of the facility’s head doctor, who was out of the country at the time, and personally brought the vaccines to the house of the politician.

The Inquirer tried but failed to reach Dr. Ninfa Caparoso, the hospital’s medical head, for her comment on the matter.

Ongchuan assured the public the investigation would be fair and objective and those found liable would be dealt with accordingly.

He stressed that he would not tolerate any abuse of authority or breach of protocols during this time when the province, like the rest of the country, is still grappling with the effects the coronavirus pandemic.

The provincial board started its own investigation last month but has yet to release its finding.Limited supply

Ongchuan said the vaccination campaign in Northern Samar would continue despite the incident.

“The provincial government understands that this issue is of transcendental importance to the people, considering the limited number of COVID-19 vaccines in the province and the strict government protocols on the handling and administration of the vaccines,” he said.

“We are enjoining everyone to support the (vaccination) program since it is only through this that we will achieve herd immunity and return to living in normalcy,” he added.

It has so far received 57,084 doses of vaccines from the National Vaccination Operations Center, figures from the local health office showed.

The province still has 164 active cases of COVID-19 as of Friday, according to the DOH.