Hontiveros hopeful more opposition senators will be elected in 2025 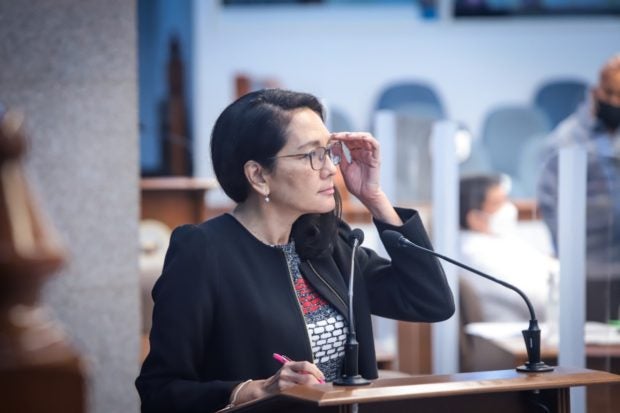 MANILA, Philippines — Senator Risa Hontiveros is hopeful that more opposition senators will be elected in 2025 as they plan to “broaden and strengthen” their ranks.

In the last May polls, Hontiveros was the lone opposition candidate that made it to the senatorial race’s so-called Magic 12.

“I’m the only opposition candidate that made it, the only one so far. I say so far because what I make of it is that there is a mandate also from our voters, from our citizens, for a diversity of voices in government including the opposition,” she told ANC’s Headstart on Thursday.

“We fully intend to build and broaden, strengthen our ranks, and to add more opposition senators and officials in 2025,” she continued.

Despite being the lone opposition senator, Hontiveros is unfazed by the number of Senate majority members.

“I am not worried about the numbers, even of a so-called super-supermajority, because the Senate has that characteristic not only of standing up for institutional independence during certain critical moments pero may ugali na rin ang mga senador (but senators have the attitude) and I, for sure also, I’m very capable of crossing party lines,” she pointed out.

“We can continue to cross the minority-majority line to push for important inquiries and also important laws for our people,” added Hontiveros.

Escudero has already decided to become a member of the majority bloc while the Cayetano siblings have no decision yet. — Nicole Faye Agcaoili, INQUIRER.net intern