Russia says it will deepen defense cooperation with Myanmar 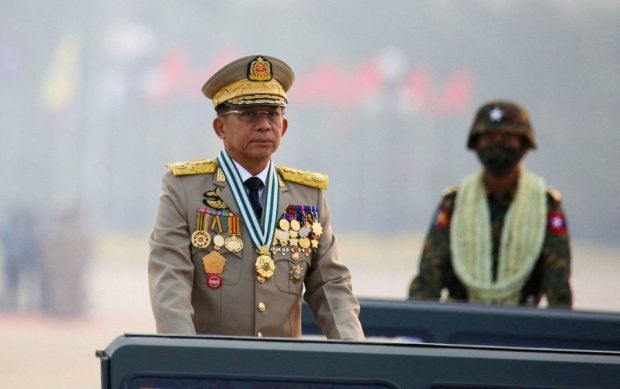 MOSCOW — Russia and Myanmar are to deepen their defense cooperation after a meeting in Moscow between Myanmar’s military leader, Min Aung Hlaing, and top Russian defense officials, Russia’s Defense Ministry said on Tuesday.

The ministry said in a statement that the meeting had taken place on Monday, and that Hlaing was in Russia on a private visit.

“The meeting … confirmed the mutual disposition to consistently build up multifaceted cooperation between the military departments of the two countries,” the statement read.

Thomas Andrews, the United Nations human rights expert on Myanmar, said in February that Russia had supplied the junta with drones, two types of fighter jet, and two kinds of armored vehicle, one with air defense systems.

Chaos has gripped Myanmar since a military coup in early 2021 ended a decade of tentative democracy, triggering protests that the junta’s troops suppressed with lethal force.

The United Nations has said its investigations show the military has committed mass killings and crimes against humanity. The junta has said it is seeking to restore peace and order.