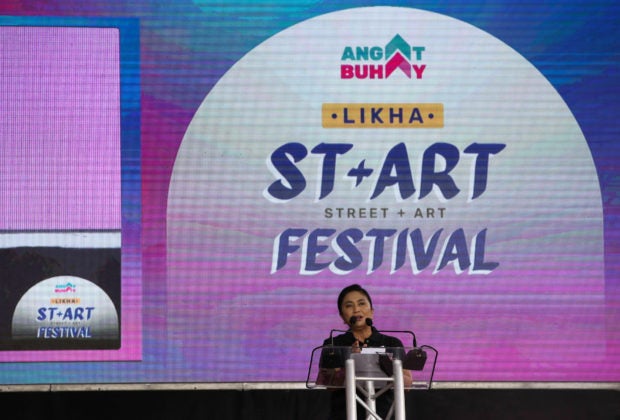 In a statement on Friday, Angat Pinas Inc. Executive Director Raphael Magno said that they condemn Badoy’s claims that the people behind the said foundation are members of the Communist Party of the Philippines, New People’s Army, and the National Democratic Front (CPP-NPA-NDF).

Badoy, who appeared in an SMNI network program last Monday, claimed that communists are “really working overtime with their recruitment” before mentioning the foundation — implying that Angat Buhay is responsible for young people who have transitioned into rebel fighters.

“We strongly condemn and unequivocally deny the allegations made by Lorraine Badoy against Angat Buhay last 04 July 2022 in a cable television program. Her claims are utterly baseless and completely false, and worse, encourage the harassment of our staff members, volunteers, and partners,” Magno said.

“As soon as our attention was called to the matter, we referred the same to our lawyers who are now in the process of preparing possible legal actions to protect the integrity of our organization and our work and, more so, to protect our volunteers and partners,” he added.

Magno also assured supporters of Robredo’s foundation that they would not take the fake claims sitting down.

“To our friends and supporters, rest assured that we are not taking this sitting down. We will not allow these efforts to sabotage our work to prosper. The time to stand up to fake news and hold its purveyors to account is now. As with our chairperson, former vice president Leni Robredo, our word is our bond. Thank you for standing with us,” he said.

“So they deny it is the CPP NPA NDF behind them and yet they use the propaganda lines of this communist terrorist group and use words (‘red-tagging’) the CPP NPA NDF uses to silence those of us who take off their masks so they can recruit our children to be NPAs,” Badoy said.

“We have the Anti Terrorism Law. I suggest their lawyers study that particular part about recruitment and terrorist financing.  BRING IT ON. My lawyers await you,” she added.