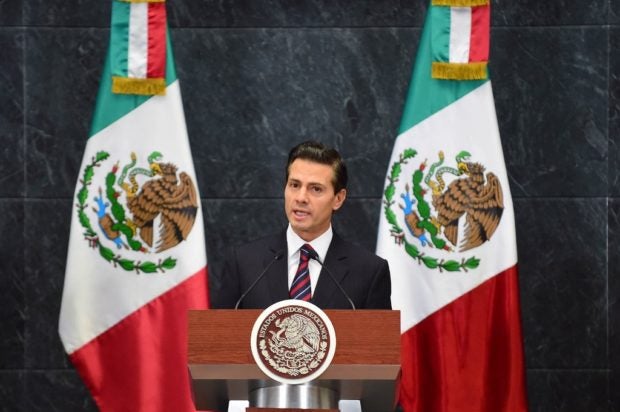 Pena Nieto, who was in office from 2012-2018 and now lives in Madrid, denied any wrongdoing.

The movements had come under scrutiny because they were cash transfers and the origin of the funds is unknown, he said, adding that the case had been referred to federal prosecutors.

Pena Nieto is also believed to have ties with two companies that won lucrative contracts with the Mexican state during his term, Gomez added.

Pena Nieto tweeted in response that he was “certain that I will be allowed to clarify before the competent authorities any questions about my assets and demonstrate their legality.”

A referendum Lopez Obrador championed last year on whether former presidents should be prosecuted failed to draw anywhere near enough voters to the polls for the exercise to be binding.

According to Mexican media, Pena Nieto lives in an exclusive district of Madrid known for its high rents and tight security, alongside neighbors including movie stars Penelope Cruz and Javier Bardem.

Spanish newspaper El Pais reported Thursday that Pena Nieto’s lawyer, Juan Collado, who was arrested in Mexico in July 2019 on charges including money laundering, owns a $5 million home in the Four Seasons hotel in Madrid.