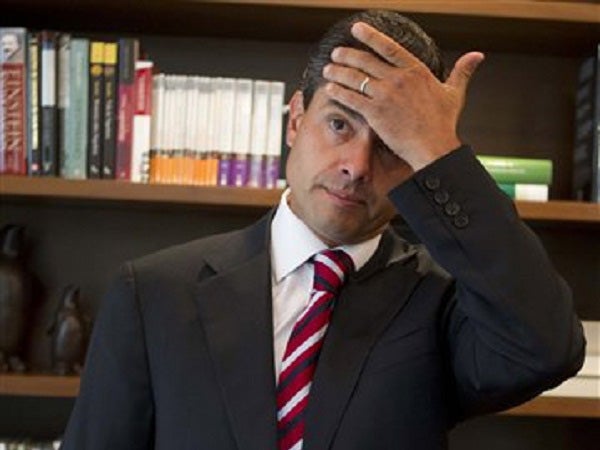 Rivera says in a brief message published on social media that she had given her all to the marriage and deeply regrets “this very painful situation.”

Rivera was at the center of one of the biggest scandals of Pena Nieto’s presidency when it was reported that she was living in a mansion registered to a builder that had been awarded public contracts.

Rivera is a former telenovela actress, and critics have long charged that the photogenic couple’s marriage was a media strategy to burnish Pena Nieto’s candidacy for 2012.

Her announcement Friday came after the magazine Hola reported earlier this week that the couple had split in December. Pena Nieto’s term ended Dec. 1.