Amid sanctions calls, Saudis deny prince had role in slaying 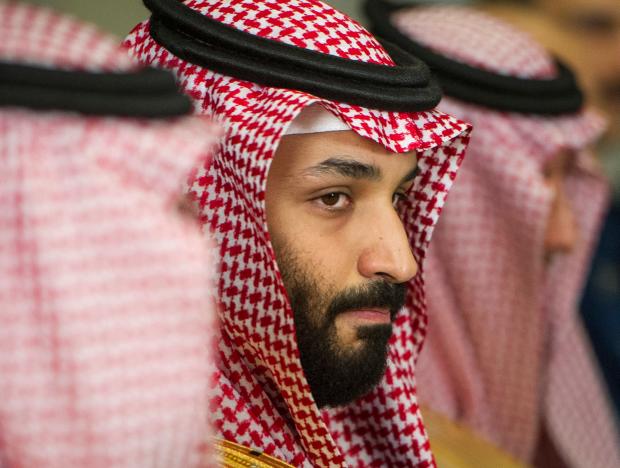 WASHINGTON — A top Saudi official on Friday insisted his country’s crown prince had no role in the October slaying of a Washington Post columnist, saying the trial of the suspects and the ongoing investigation would show it was a “rogue operation” with no official backing.

Minister of State for Foreign Affairs Adel Al-Jubeir spoke to reporters as legislation was introduced in Congress to block some arms sales to the kingdom over the killing of writer Jamal Khashoggi and the widespread deaths of civilians in the war in Yemen.

“We know that the crown prince did not order this. We know that this was a rogue operation,” he said. “We came out and we acknowledged it. It was committed by officials of the Saudi government acting outside their authority.”

The New York Times reported Thursday that U.S. intelligence agencies intercepted a 2017 conversation in which Crown Prince Mohamed bin Salman told a top aide that he would use “a bullet” on Khashoggi if he did not return home to Saudi Arabia. Khashoggi wrote columns critical of the Saudi government while living in self-imposed exile in Virginia.

U.S. intelligence agencies had previously concluded that the crown prince must have at least had knowledge of the plot, leading some members of Congress to call for him to step down as the de facto leader of the country.

Al-Jubeir bristled at the notion that outsiders would criticize the government.

The killing, he said repeatedly, was a “terrible crime” and those responsible will be held accountable.

Khashoggi entered the Saudi consulate in Istanbul to get a document he needed for his upcoming marriage while his fiancee waited outside. He was never seen alive again.

After denying for several weeks that Khashoggi was killed in the consulate, Saudi Arabia indicted 11 people in the killing, including several officials close to the crown prince, and is seeking the death penalty against five of them.

The killing has strained relations between the U.S. and Saudi Arabia. In Congress, criticism over the kingdom’s handling of the war in Yemen had already been building for months.

Lawmakers, including Democratic Sen. Bob Menendez of New Jersey and Republican Sen. Lindsey Graham of South Carolina, introduced legislation Friday that would prohibit certain arms sales to Saudi Arabia in response to the killing of Khashoggi and its role in Yemen.

It was introduced on the date that the Trump administration was supposed to inform Congress on its determination of whether the crown prince was personally responsible for the killing of Khashoggi.

“Seeing as the Trump Administration has no intention of insisting on full accountability for Mr. Khashoggi’s murderers, it is time for Congress to step in and impose real consequences to fundamentally re-examine our relationship with the Kingdom of Saudi Arabia and with the Saudi-led coalition in Yemen,” Sen. Menendez said in a statement introducing the legislation.