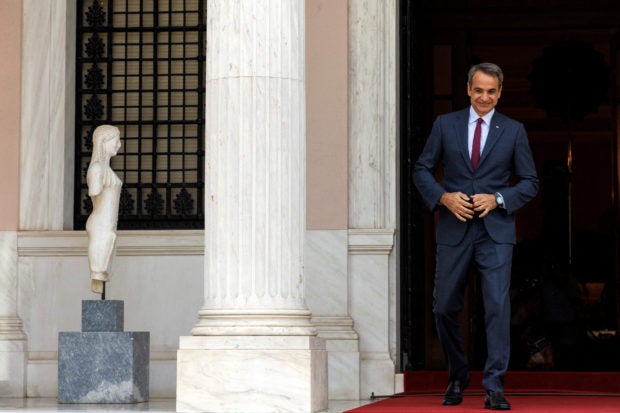 ATHENS — Greece’s prime minister ruled out an early election on Thursday, quashing speculation at home that a snap poll could be held this fall before his popularity takes a hit from the energy crisis.

Prime Minister Kyriakos Mitsotakis, who was elected in 2019, said his priority was stability to complete reforms.

His conservative government wants to take advantage of its four-year term’s final stretch to recover the ground lost in tackling crises such as the COVID pandemic and to continue economic reforms.

“I’m not looking at opinion polls for a clearing to call elections,” Mitsotakis told Skai radio. “We have a government with a strong majority and it’s my obligation to secure the country’s stability.”

Mitsotakis’ New Democracy party is leading in opinion polls but its popularity has been hit by soaring energy prices, exarcebated after Russia’s invasion of Ukraine. The leftist opposition has urged him to call an early election.

Under Greece’s current electoral system, a simple proportional representation system, securing an outright majority is a challenge for political parties and could lead to months of political uncertainty. Mitsotakis called it a “bomb”.

“Even if I am to suffer a cost, a political cost, because we will go through a difficult winter, I did not hide it, I’m absolutely willing to take it,” he said, reiterating that elections will be held next year as scheduled.

The state, he added, will keep supporting households hit by ballooning electricity bills next year but Greece should be prepared for an extreme scenario in which the war in Ukraine continues and energy prices increase further.

He said Greece should be ready for a full interruption of Russian gas supplies to Europe and it has been investing in upgrading and constructing new infrastructure for LNG storage.

“It’s an extreme scenario. If you want my opinion, I don’t think it will happen, but we need to be prepared,” he said.