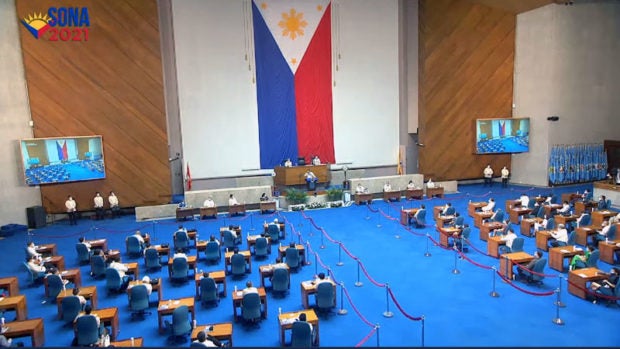 House Bill 1446 seeks to create Region 6-B composed of the provinces of Negros Occidental, Negros Oriental, and Siquijor.

Senator Juan Miguel Zubiri on Wednesday also filed a bill seeking the creation of the NIR composed of Negros Occidental and Oriental.

“The dream of consolidating the two Negros provinces – Oriental and Occidental – in one administrative region, however, continues to live on – an aspiration that is deeply grounded in their histories,” they said.

“For 300 years under the Spanish colonial government, Negros Occidental and Negros Oriental were governed as a single province. It was only in 1890 that Negros was divided into two provinces,” they added.

The two Negros provinces united again in establishing the cantonal government of Negros, popularly called the “Republic of Negros” but officially the Gobierno Republicano Federal del Canton de Ysla de Negros or Federal Republican Government of the Canton of Negros Island in 1898 after the surrender of Spanish colonial authorities in Negros Occidental.

The autonomy of the Negros Canton was short-lived – undermined first by the establishment of a unitary government under the Malolos Constitution, then by the American occupation.

Their destinies, however, converge on one commodity: sugar.

“The sugar industry has shaped the provinces’ history, economy and culture. Negros Island accounts for half of the country’s total sugarcane production,” the nine congressmen said.

However, the island’s economic dependence on sugar has made it vulnerable to price fluctuations in the world market.

In view of its proximity and cultural similarities, they said the inclusion of Siquijor province to the proposed Region 6-B is logical and practical.

“Greater economic coordination will strengthen economies of scale in the provinces of Negros Occidental, Negros Oriental, and Siquijor and will consolidate separate development plans into a coherent, complementary roadmap for sustainable and inclusive economic growth for the provinces,” they said.

The NIR was created by Executive Order No. 183 issued by the late president Benigno Aquino III “to further accelerate the social and economic development of the cities and municipalities comprising the provinces of Negros Occidental and Negros Oriental, and improve the delivery of public services in the aforementioned provinces.”

But on August 9, 2017, former president Rodrigo Duterte signed Executive Order No. 38 dissolving the NIR for “competing with the government priority programs and projects for funding,” as a substantial appropriation is needed for it to be fully operational.