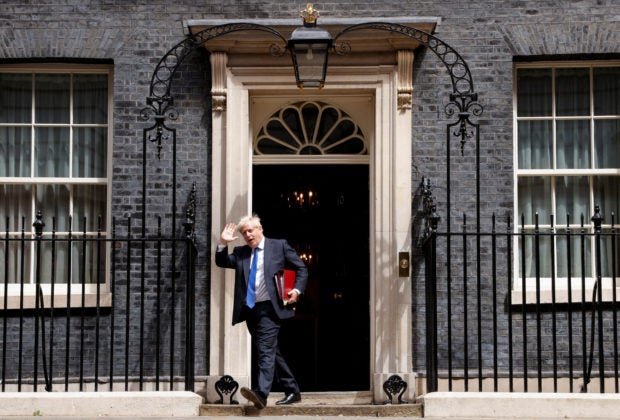 Johnson, 58, announced that he would step down after a slew of resignations this week from his top team in protest at his leadership but would stay on as prime minister until a replacement is found.

After days of battling for his job, Johnson had been abandoned by all but a handful of allies after the latest in a series of scandals broke their willingness to support him.

“His resignation was inevitable,” Justin Tomlinson, Deputy Chairman of the Conservative Party, said on Twitter. “As a party we must quickly unite and focus on what matters. These are serious times on many fronts.”

The Conservatives will now have to elect a new leader, a process which could take about two months.

In a sign of his evaporating support over one of the most turbulent 24 hours in recent British political history, Johnson’s finance minister, Nadhim Zahawi, who was only appointed to his post on Tuesday, had called on his boss to resign.

“This is not sustainable and it will only get worse: for you, for the Conservative Party and most importantly of all the country,” he said on Twitter. “You must do the right thing and go now.”

Some of those that remained in post, including defense minister Ben Wallace, said they were only doing so because they had an obligation to keep the country safe.