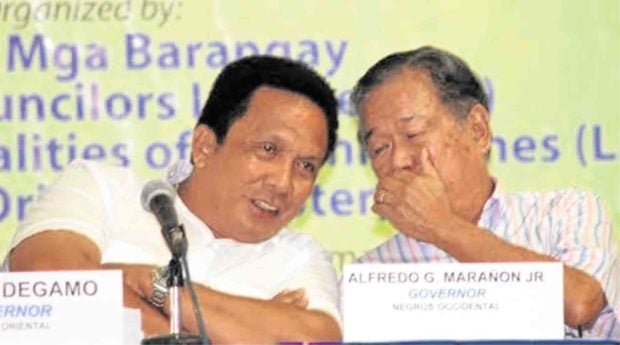 After two years, the One-Negros region is no more.

President Rodrigo Duterte has dissolved the Negros Island Region (NIR) because of funding issues, revoking an order by his predecessor that united the provinces of Negros Occidental and Negros Oriental.

“The establishment of regional offices of departments and agencies in the NIR requires substantial appropriation to be fully operational, thus competing with government priority programs and projects for funding,” the order stated.

With the dissolution of the NIR, regional offices will be abolished and existing personnel will return to their previous units or reassigned to other offices, according to the EO 38.

The Department of the Interior and Local Government was tasked with supervising the reversion of Negros Occidental and Negros Oriental to their respective regions.

The NIR setup was stated under EO 183 issued in 2015 by then President Benigno Aquino III, who said that the creation of one administrative region would boost the economic and social development of the two provinces.

Reached for comment on Wednesday, Governors Alfredo Marañon Jr. of Negros Occidental and Roel Degamo of Negros Oriental vowed to continue working together on joint projects for the good of their provinces.

Marañon said the NIR  accomplished a lot in its two-year operation. Despite resource limitation, it was able to build new roads and class rooms, guarded the natural environment, and kept the people safe, he said.

Degamo, for his part, said he had no regrets. “Negros Oriental will remain friends with Negros Occidental. We will continue the joint projects that we started for the good of Negros Island,” he said.

“It’s a sad day for Negros,” said Rep. Alfredo Abelardo Benitez of Negros Occidental.  “But we, in Congress, will work on having minimal effect to the island.” —With reports from Carla P. Gomez and Nestor P. Burgos Jr.