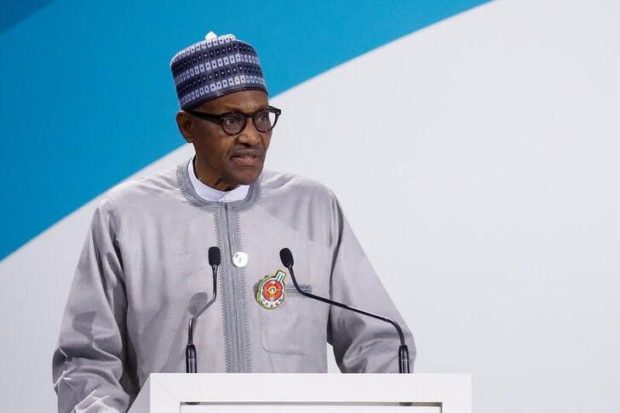 ABUJA — Islamic State claimed responsibility on Wednesday for a raid on a Nigerian prison in the capital Abuja which freed around 440 inmates, raising fears that insurgents are venturing from their enclaves in the northeast.

Shuaib Belgore, permanent secretary at the interior ministry, told journalists outside the Abuja prison – which has 900 inmates – that a security officer was killed during Tuesday night’s raid and three others were injured. He said suspected Boko Haram attackers came for members who were held in the prison.

“They came specifically for their co-conspirators, but in order to get them … some of them are in the general (prison) population so they broke out and other people in that population escaped as well but many of them have returned,” Belgore said.

A total of 879 inmates fled, the prison service said in a statement, with 443 still at large and the rest recaptured. Four inmates were dead and 16 others injured, it said.

“They have reported themselves to the police, some we have successfully retrieved from the bushes where they were hiding,” Belgore said. 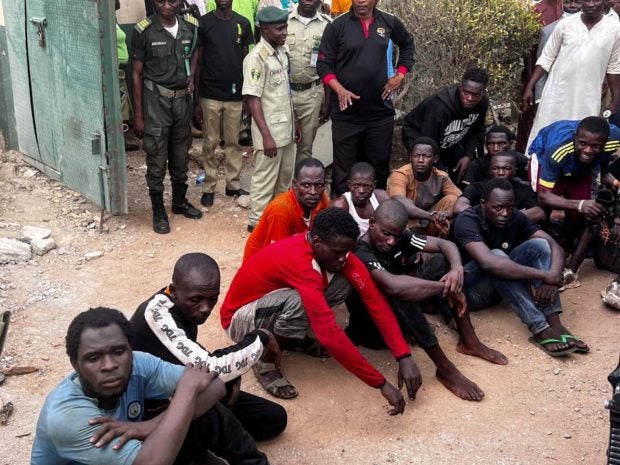 Inmates who escaped during the attack by suspected Boko haram fighters wait after being captured and returned back to Kuje prison, in Abuja, Nigeria July 6, 2022. Reuters

The raid highlights Nigeria’s security challenges, which is spreading from the northern regions where armed insurgents and gangs are rife.

Outside the prison, the charred wreckage of several vehicles with bullet holes were seen on Wednesday morning, attesting to gunbattles in the vicinity during the raid.

A helicopter hovered overhead as armed security officials brought in a shirtless inmate limping with a gaping wound on his leg, while another injured inmate was carried into the prison.

President Muhammadu Buhari, on his way to his hometown Daura to prepare for the Muslim Eid al-Adha holiday, visited the prison. He questioned the prison’s intelligence system and demanded a report on the attack.

In a separate attack on Wednesday, Buhari’s convoy carrying an advance team of security guards, protocol and media officers heading to the president’s hometown in the northern state of Katsina, was ambushed. Buhari was not in the convoy.

“The attackers opened fire on the convoy from ambush positions but were repelled by the military, police and security personnel accompanying the convoy,” a presidential spokesman said in a statement.

At least 60 killed by suspected Islamists in Nigeria

In Islamic State war, like others, heritage always a target