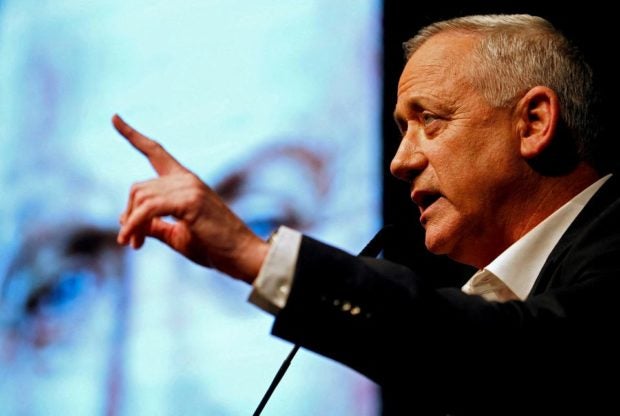 JERUSALEM — Israel’s defense minister said on Tuesday that Iran has been entrenching itself militarily in the Red Sea, calling it a threat to regional stability and trade.

“Today, we can confirm that Iran is methodically basing itself in the Red Sea, with warships patrolling the southern region,” Defence Minister Benny Gantz said at an event in Athens.

“In the last months, we have identified the most significant Iranian military presence in the area, in the past decade,” he said. Gantz’s office said he presented satellite images of four Iranian warships patrolling the Red Sea.

Iran has been building up its naval presence in the Red Sea over more than a decade in a move which it says is needed to protect Iranian oil tankers against the threat of piracy.

Ahead of a visit to the Middle East by U.S. President Joe Biden next week, Gantz has called for stronger security ties with Gulf Arab states that drew closer to Israel under a 2020 U.S.-sponsored diplomatic drive.

On Saturday, Iran-backed Hezbollah, an armed group in Lebanon, sent three drones towards an Israeli offshore gas rig that were intercepted by Israel’s military.