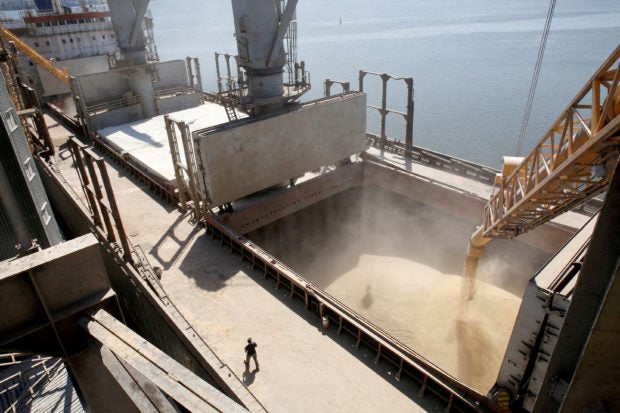 WASHINGTON — Food and energy security will figure prominently in a meeting of G20 foreign minister in Bali this week and the group’s members should insist Russia support U.N. efforts to reopen sea lanes blocked by Moscow’s war in Ukraine, a senior U.S. official said on Tuesday.

Ramin Toloui, assistant secretary of state for economic and business affairs, told reporters Secretary of State Antony Blinken would raise energy security in the main G20 ministers’ session on Friday and in bilateral meetings in Bali.

“G20 countries should hold Russia accountable and insist that it support ongoing U.N. efforts to reopen the sea lanes for grain delivery,” he said, referring to an initiative to try to get Ukrainian and Russian foodstuffs and fertilizer to global markets.

“Whether that happens at the level of the G20, or the level of individual G20 countries, that’s an important point that Secretary Blinken will make,” he said.

“This will be another opportunity … to convey our expectations about what we would expect China to do and not to do in the context of Ukraine,” he said.

Shortly before Russia’s Feb. 24 invasion of Ukraine, China and Russia announced a “no limits” partnership. But U.S. officials have said they have not seen China evade U.S.-led sanctions on Moscow or provide military equipment to Russia.

China has though refused to condemn Russia’s actions and has criticized the sweeping Western sanctions.

Washington calls China its main strategic rival and its concerned it might one day attempt to take over the self-ruled democratic island of Taiwan by force, just as Russia attacked Ukraine.

Kritenbrink said it was “absolutely critical” to maintain open lines of communication with America’s Chinese counterparts “to ensure that we prevent any miscalculation that could lead to inadvertently to conflict and confrontation.”