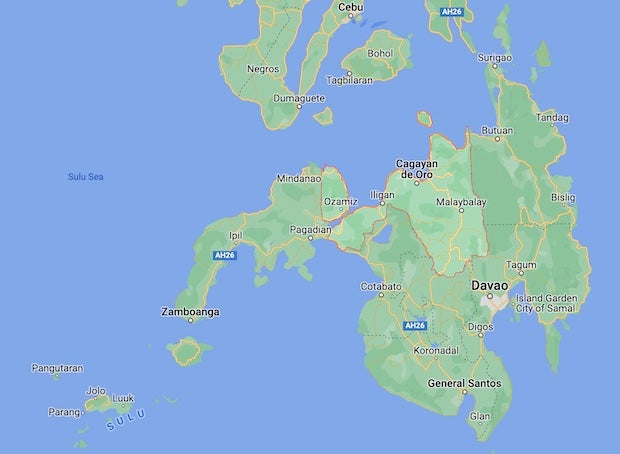 Northern Mindanao is outlined in red. (Image from Google Maps)

The Regional Investigation and Detective Management Division (RIDMD) recorded 7,280 crime incidents from January to June this year, a drop by 755 or 9.40 percent from the count during the same period last year.

Brig. Gen. Benjamin Acorda Jr., PRO 10 chief, credits the dip in crime volume to sustained campaigns that led to the arrest of wanted persons, which had prevented more crimes from being perpetrated.

In six months, 147 wanted persons were arrested. In  921 anti-drug operations, 1,147 suspects were arrested and about 4.2 kilograms of crystal meth seized, valued at P28.5 million.

In addition, 225 persons were also arrested in the campaign against loose firearms in 1,848 operations, with 387 firearms confiscated, surrendered, or recovered.

“We at PRO- 0 will not stop in our job to keep this region a peaceful one. The criticisms we receive are not a hindrance for us to do our job,” Acorda said.

“The allegations of some individuals that your police in Region 10 are inactive are baseless and unfounded,” he added.

Acorda encouraged the public to continue supporting the police by reporting crimes and sharing leads that could help solve crimes.

Cops not behind EJKs in Northern Mindanao – official