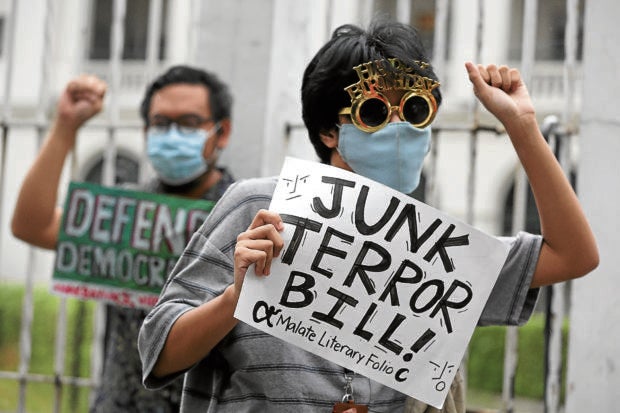 MANILA, Philippines — Three party list lawmakers are seeking the repeal of the Anti-Terrorism Act of 2020 which supposedly contravenes the Philippines’ international commitment to uphold human rights.

In their explanation, the party list lawmakers cited the Supreme Court’s ruling, which declared as unconstitutional parts of the Anti-Terrorism Act for “being overbroad and violative of the freedom of expression.”

“It is high time for Congress to do its part to ensure that this [Act] will not have the capability to harm any other person in this country,” they appealed.

It’s final: Only 2 portions of Anti-Terror Law are unconstitutional