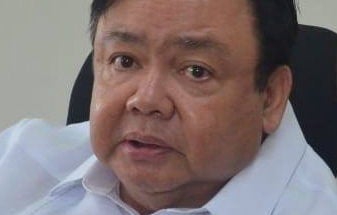 ILOILO CITY — Mayor Jerry Treñas of this city on Monday stressed his plans to focus on improving their healthcare services and market infrastructure.

According to Treñas, at least P500 million had been earmarked by former senator Franklin Drilon in the 2023 budget for the construction of the Iloilo City Hospital.

The Iloilo City government will also finance the construction of the hospital’s edifice with a P500 million loan from the state-run Development Bank of the Philippines.

Senator Juan Miguel Zubiri, according to the mayor, is also set to legislate additional funding for a medical arts building.

The mayor admitted that the current funding would not be enough as it could only fund up to 70 beds. Another P500 to P600 million would be needed to complete the total bed capacity.

“Initially, we loaned P500 million for the building. I was told that the P500 million will only complete 70 beds. So, in order to complete 200 beds, we will need some more funds, maybe another [P100 million] to complete it,” Treñas said.

“Most of these would be ward beds, so we are looking for P500 to P600 [million] for the city. Senator Migz [Zubiri] already inserted P200 million for a medical arts building which will house the doctors’ clinics, plus a little parking [lot],” he explained.

Construction is set to commence once the final design is completed.

Treñas also mentioned that the new dialysis center in Barangay San Isidro would have 14 stations. The facility was aimed to increase the number of the city’s dialysis patients to 34 per day.

A COVID-19 laboratory in Barangay San Pedro is also set to be opened this month. In addition, the city government will be pursuing partnerships with tertiary educational institutions offering medical technology programs.

Treñas said there is a need to improve the local health care system to prevent people from seeking higher forms of medical care which may be costly.

As to market improvements, these include continued improvement of the La Paz and Jaro markets and a public-private partnership for the Central and Terminal markets, both in Iloilo City proper.

The city council authorized the mayor to sign documents in relation to plans to improve the markets.

The city, he said, is set to reopen the Jaro Plaza within the month, with Phase 1 of the redevelopment nearing completion.

These include improvements to the bandstand, the Jaro Cathedral Belfry, and the Lopez Jaena Shrine.

Dinosaur statues, which served as children’s recreational areas, will be transferred to the plaza’s tree park.