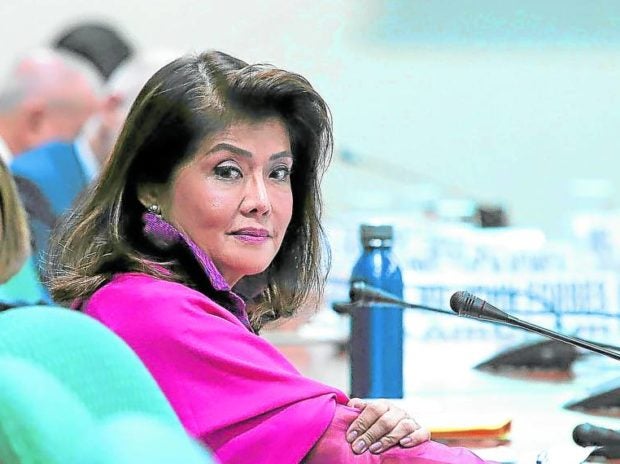 The President vetoed the measure that would have granted tax perks to a proposed special economic zone backed by a key campaign supporter, billionaire Ramon S. Ang, president and CEO of San Miguel Corp., as a private P740-billion venture.

“Ang kinatatakutan ko, baka hindi naaral nang maiigi or may naggagaling-galingan,” the senator said in an ambush interview at the Senate on Monday.

(My concern is that the bill may not have been reviewed well, or someone is playing smart.)

Asked if she was referring to anybody, in particular, the lady senator said she had no idea.

(I don’t know. I don’t know anything… I’m not saying anything. It’s just that this administration is just new, so this may be just a hasty decision by someone who did not see the legislative process that the bill had to go through, all those hearings that studied the bill.)

Marcos further said that she is praying that there will not be any “chilling effect” on the investments in the country.

(I will say the truth, I’m worried that this will look like a bad sign for local or foreign investors. Because for me, whoever invests, let’s help them because we need jobs and livelihood.)

The presidential sister said that the economic team should guide the government on what path to take.

“We need the economic team to tell us what the direction will be regarding the new ecozones so that we are guided. Thereafter, future potential investors can also make up their minds whether we are worthwhile investing in,” she said.

Senators Juan Miguel Zubiri and Joel Villanueva earlier lamented the decision to veto the bill, saying it is “unfortunate” as it would have the capacity to generate many jobs for Filipinos.