24 rescued as ship runs aground in waters off Zambales 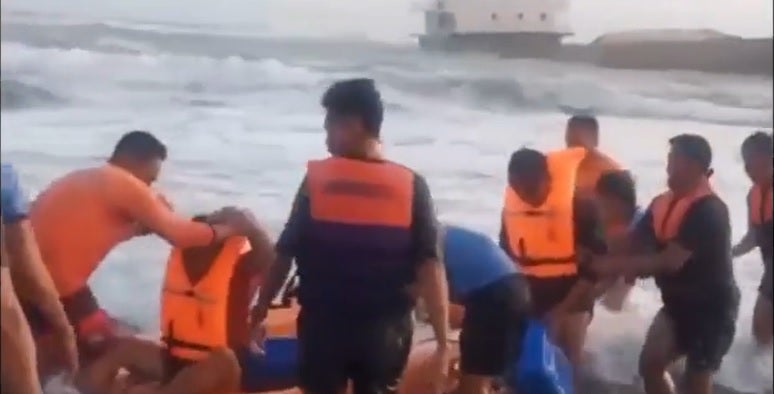 A rescue team from the Philippine Coast Guard (PCG) and the local police in Masinloc town, Zambales rescue the crew of a vessel that ran aground in the waters off Barangay Bani. (Screengrab from PCG video)

SAN ANTONIO, Zambales—The Philippine Coast Guard (PCG) and the local police rescued all the 24 crew members of a vessel that ran aground in the waters off Masinloc town in this province.

The PCG reported Sunday, July 3, that the vessel, “LCT Aviva 80,” encountered strong winds and big waves in the vicinity of Barangay Bani.

A PCG and police rescue team used a rope connected to a life raft to rescue the ship’s crew.

The PCG said 22 crew were initially rescued and brought to the Rural Health Unit in Masinloc and declared in good condition.

The ship’s captain and chief mate, who opted to stayed aboard the vessel, were eventually rescued.

The PCG’s Marine Environmental Protection Group in Zambales said they found no trace of spilled oil in the area.