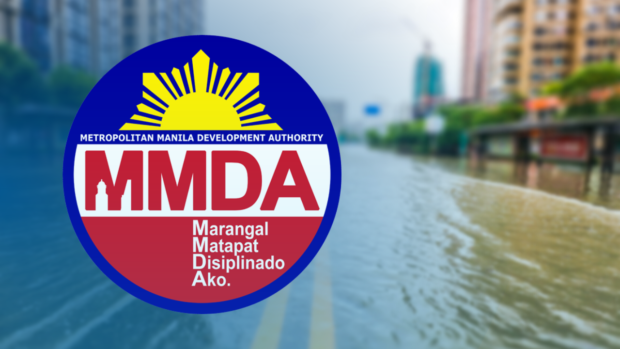 The Commission on Audit (COA) said in a recent report that 20 flood control projects of the Metropolitan Manila Development Authority (MMDA) were unfinished and 39 others were not completed within the contract period as of end-2021, undermining the welfare of the people in the sprawling metropolis.

It said the 20 projects worth P635.54 million were not finished as they were supposed to last year due to delays in procurement. The 39 others, costing P590.48 million, shot way beyond their deadlines due to inadequate planning and coordination among agencies concerned.

The 20 projects were among 94 that amounted to a total of P1.408 billion which were programmed for 2021 under the Flood Control and Sewerage Management Office (FCSMO) of the MMDA.

The COA learned that the procurement process was “greatly hampered” by the limited movement of MMDA personnel and officials under alternative work arrangements.

State auditors reported that 74 of the 94 projects had already been completed. The unfinished projects consist of 17 that are ongoing, two that have not yet been started and one project still undergoing “perfection of the contract.”

There were delays of as many as 102 days in procurement activities like the issuance of notice of award, and the conduct of bid evaluation and preprocurement.

The delays in the implementation of these projects “resulted in deprivation of socio-economic benefits that could be derived therefrom by the general public,” the COA said in a report published on its website on Wednesday this week.

Many parts of Metro Manila, which is home to 13.4 million people, have for decades been inundated by recurring floods caused by typhoons and excessive monsoon rains, as well as clogged waterways and drains.

In 2009, the devastating floods across the metropolis caused by Tropical Storm “Ondoy” (international name: Ketsana) killed 464 people and destroyed or damaged some 185,000 houses. In all, losses in agriculture, infrastructure and private property amounted to P11 billion.

It is estimated that at least 1.7 million residents live near 56 “potentially critical” drainage systems across 11,110 hectares of flood-prone areas in Metro Manila.

The COA report said 20 of the 39 projects from another flood control program under the FCSMO, were completed in 2021, but were behind schedule by 10 to 716 days, or almost two years.

The 19 remaining flood control projects from 2019 to 2021 totaling P384.95 million were already beyond the specified completion date with delays ranging from seven to 796 days, and still unfinished as of the end-2021.

The reasons cited for the delays included late or pending issuance of clearances from local government units (LGUs) and other government agencies, bad weather, delayed construction due to community quarantine restrictions, suspension due to right-of-way issues.

The COA said the MMDA may approve time extensions if the delay was out of its control, such as bad weather or pandemic restrictions.

“However, the issues in need for coordination with the LGUs, the Department of Public Works (DPWH) and Highways, and other agencies concerned are factors which are unintentional but procedural and consequential that affect the timely completion of the projects,” it said.

It added that although the FCSMO began coordinating with the DPWH and Metro Manila LGUs as early as September 2020, “there are still flood control projects with delayed implementation due to lack of coordination resulting in late/pending issuance of permits, among others.”

The “inadequacy of strategies” to implement the projects deprived target communities of the “immediate benefit/use of flood control projects,” the report said.

It said that the MMDA also obtained P809.86 million in loans from the World Bank and the Asian Infrastructure Investment Bank for the main bulk of its P878.83-million Metro Manila Flood Management Project Phase 1 (MMFMP Phase 1).

Although the agency was able to obligate P224.09 million, or 25.5 percent of the P878.83 million, its actual disbursements amounted to only P48.71 million.The COA pointed out that of the P319.79 million in continuing appropriations to the MMDA, P129.11 million in unobligated funds might lapse even before the projects are completed. The MMDA already incurred P21.56 million in commitment fees from 2018 to 2021 due to its slow disbursement of funds from loans.The accumulated fees could have been used by the government on other priority programs and projects, the COA said. —With a report from Inquirer Research