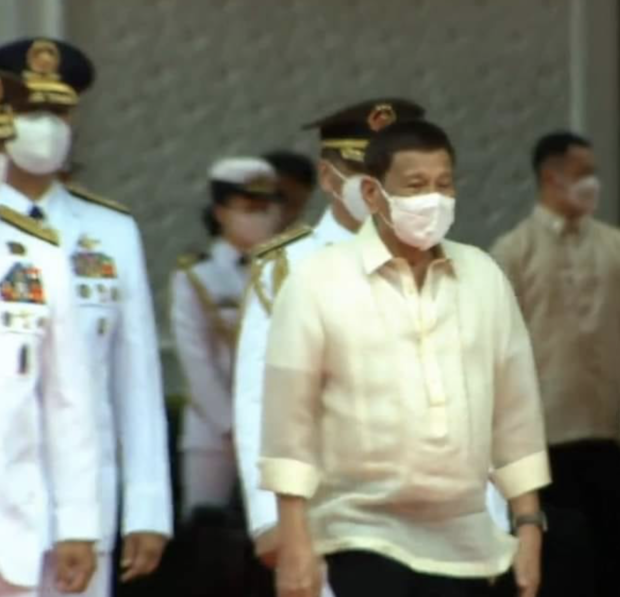 Before Duterte’s term ended by noon, he was given departure honors at the Kalayaan Grounds in Malacañang Palace.

“After this, ang alam ko uuwi siya ng Davao mamaya. I’m not sure, he might pass by the residence diyan sa kabila then go to Davao. Mag-commercial flight siya,” he said in an interview on the sidelines of the event.

(What I know is that he will return to Davao later. I’m not sure, he might pass by the residence there on the other side then go to Davao. He will ride via a commercial flight.)

In the morning of Duterte’s last day as president, his successor Ferdinand “Bongbong” Marcos Jr. paid a courtesy call in Malacañang before the latter’s inauguration, keeping with the tradition of turnover ceremonies.

Duterte did not attend the inauguration.

From Malacañang, Marcos then left for the National Museum in Manila City, where he took his oath before Chief Justice Alexander Gesmundo.

The new president overwhelmingly won after garnering over 31 million votes in the May 9 elections.