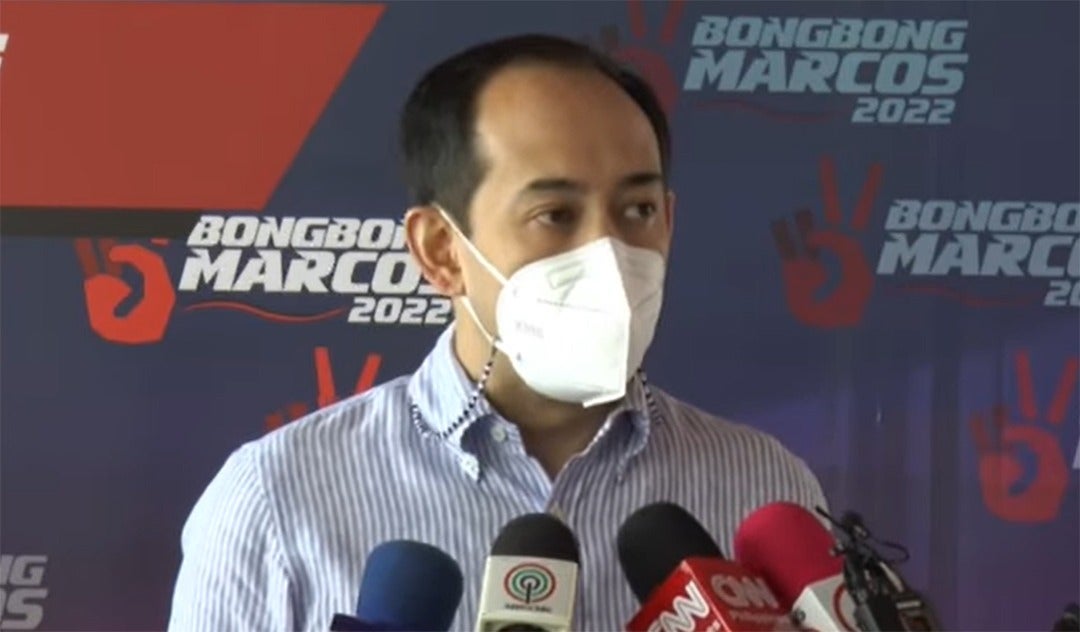 MANILA, Philippines — The spokesperson of presidential frontrunner Ferdinand “Bongbong” Marcos Jr. said Thursday they did not expect the over 31 million votes for the former senator in the 2022 national polls.

Atty. Vic Rodriguez, Marcos Jr.’s spokesperson, said that while they did not expect the number of votes the former senator received, they are happy about it.

“Did we expect 31 million? Honestly, no. Are we happy? Absolutely we are happy with the 31 million,” Rodriguez said in an interview with ABS-CBN News Channel.

“When we were starting, our base really, on the assumption of what was based on the numbers in 2016, his count will not begin from zero. His count will begin from 14 million something and using the 2016 scenario where we saw a great votes for President [Rodrigo] Duterte, we projected we need at least 20 million to win convincingly,” he added.

Rodriguez said that around the middle of the campaign period, they started to project that Marcos Jr.’s votes could surpass 25 million based on their perceived support on the ground.

“We felt we could push it up to 25 million. But we are now looking at the surveys parang higit pa sa 25 [million] e so (it seems we can surpass 25 million) we just have to wait and after the end of the campaign, we assessed last May 8, with our due diligence, we did everything humanly possible,” Rodriguez said.

As of 9:17 a.m., May 12, partial and unofficial count of the Commission on Elections (Comelec) show Marcos Jr. leading the presidential race with over 31.1 million votes.

In distant second is Vice President Leni Robredo with more than 14.8 million votes followed by Senator Manny Pacquiao with over 3.6 million votes.

The Marcos camp declared victory on Wednesday afternoon, even as Congress, which will soon sit as the National Board of Canvassers, has yet to proclaim the next president and vice president of the country.