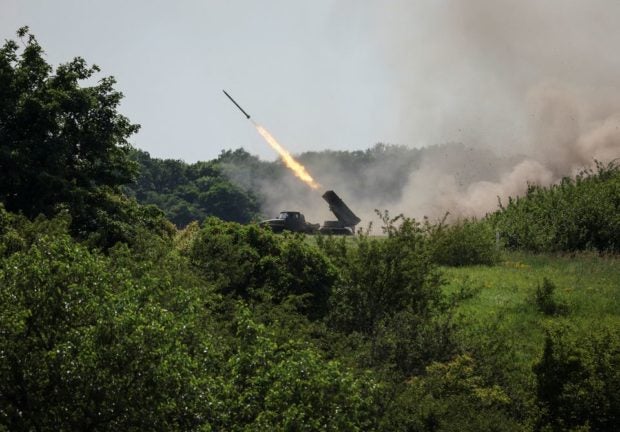 LONDON — Hundreds of Ukrainian troops have completed military training in Britain, including on the Multiple Launch Rocket Systems (MLRS) the British government is supplying to help counter Russian artillery tactics.

Media were invited to film Ukrainian troops loading and firing 105mm light guns during exercises in Salisbury, southern England – one part of a British-led program that has been undertaken by more than 450 Ukrainian armed forces with support from New Zealand. The MLRS systems were also shown in use.

The training is part of a wide-ranging international support package following Russia’s invasion on Feb. 24, as the West seeks to help Ukraine repel Russian forces by providing increasingly advanced weapons systems and skills to use them.

Moscow says it is conducting a “special military operation” to disarm Ukraine and rid it of “fascists”. Ukraine and its Western allies say Russia is waging an unprovoked war of aggression.

“It’s a force multiplier,” Captain James Oliphant of the Royal Artillery, who was involved in the three-week MLRS training element, told reporters.

“Because it’s a tracked vehicle – their rockets systems are wheeled – it is going to give them more maneuverability which is going to aid in their survivability.”

During a surprise visit to Kyiv this month British Prime Minister Boris Johnson – lauded by Zelensky as a “great friend” – announced a separate training operation for Ukrainian forces, with the potential to train up to 10,000 soldiers every 120 days.

British trainers praised the attitude of their Ukrainian counterparts.

“Their appetite at the beginning was, as you can imagine, extremely high and very needy but as they have become more atuned and accustomed to being able to operate the system that has started to calm down,” Oliphant said.

“They’re now in a position where the battery commander himself is now exercising his troops under his own doctrine and tactics.”