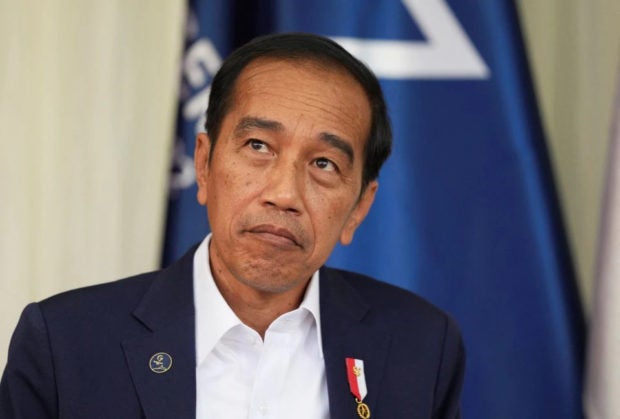 Indonesian President Joko Widodo waits for German Chancellor Olaf Scholz as they meet on the sidelines of the G7 summit at Castle Elmau near Garmisch-Partenkirchen, Germany June 27, 2022. REUTERS

KYIV — Indonesian President Joko Widodo started a visit on Ukraine on Wednesday that is intended to help rekindle peace talks between Russia and Ukraine and explore ways to free up exports of grain to global markets.

President Widodo, better known as Jokowi, and his wife arrived in the Ukrainian capital Kyiv by train, the Indonesian presidential website said.

Jokowi is the chair of the Group of 20 (G20) nations and one of six world leaders the United Nations appointed as “champions” of a Global Crisis Response Group (GCRG), formed to address the threat of an hunger and destitution posed by the war in Ukraine.

Before the war, Ukraine had been one of Indonesia’s biggest wheat suppliers.

Jokowi will meet Ukrainian President Volodymyr Zelensky before travelling to Russia for talks with Russian President Vladimir Putin. The Indonesian leader said he will urge Putin to agree to a ceasefire.