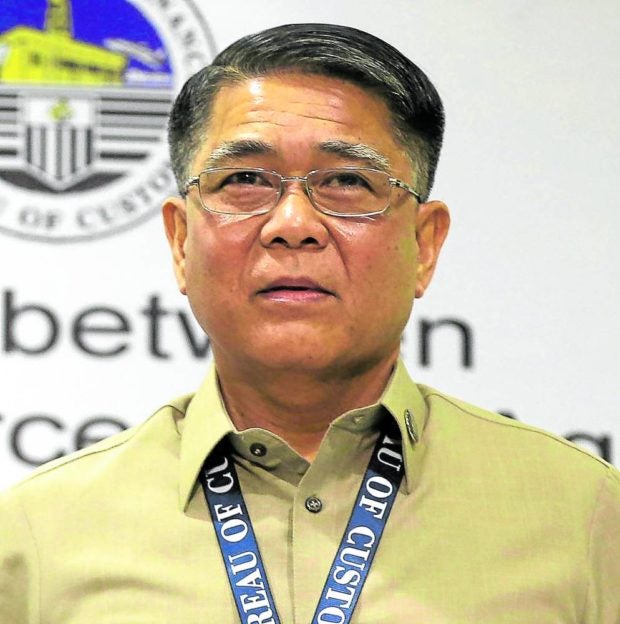 MANILA, Philippines — Bureau of Customs (BOC) Commissioner Rey Guerrero has denied being among the alleged protectors and smugglers of agricultural products, as stated by a Senate report.

The Senate committee of the whole in a report earlier identified Guerrero, along with 21 other BOC officials, as either alleged smugglers or protectors of agri-fishery that were “technically smuggled” into the country from 2019-2022.

“I vehemently deny the accusations against me on my alleged involvement in agricultural smuggling based on a supposed ‘validated’ list,” Guerrero said in a statement.

“Law enforcement agencies such as the National Intelligence Coordinating Agency, the Armed Forces of the Philippines, and the Philippine National Police denied the release or submission of any Intelligence Report from their respective agencies allegedly implicating any BOC official in any smuggling activity,” he added.

Guerrero even said that the same Senate panel report showed numerous accomplishments of BOC in its campaign against agricultural smuggling, as well as the adoption of the executive recommendations which he himself directed.

Among the recommendations, said Guererro, “are the strengthened inter-agency collaboration and data exchange of relevant information and documents such as the Inward Foreign Manifest, among others.”

He claimed that the BOC also allowed Department of Agriculture (DA) representatives to “take part in the non-intrusive inspection of containers to ensure full transparency in the examination of agricultural products.”

Guerrero likewise said the BOC established the Customs Operations Center (COC) — which, according to him, proved to be effective in “guarding the borders by the immediate processing of all information and ultimately deterring any possible violation.”

He then claimed that 82 percent or 139 out of the 170 BOC processes are now automated to reduce human intervention that provides an avenue for negotiation.

“With these measures in place, we were able to seize a total of P2.5 billion worth of smuggled agricultural products in various ports nationwide from 2016 to May 2022, while a total of 111 criminal cases have been filed before the Department of Justice against unscrupulous stakeholders,” Guerrero said.

He further said that the BOC even revoked the accreditation of 84 importers and customs brokers involved in agricultural smuggling since 2019.

The Senate panel report showed that the amount of technically smuggled agri-fishery commodities from 2019- 2022 may have reached P667.5 million.