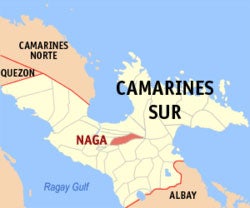 Mark Anthony Viray, provincial officer of the Philippine Drug Enforcement Agency Camarines Sur, said Batan, who got his drug supply from Muntinlupa, was operating in the city and the nearby towns of Camaligan and Calabanga.

Viray said the suspect previously surrendered to the police during the “Oplan Tokhang” or anti-illegal drugs campaign of the government.

Now arrested, Batan will face a charge of violating the Comprehensive Dangerous Drugs Act of 2002.