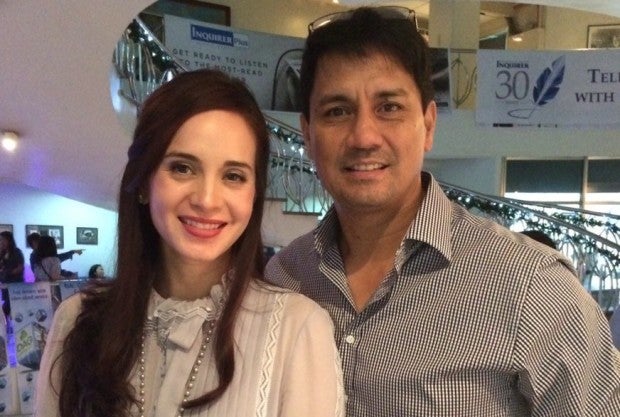 The couple made their pledges before Judge Mario Quinit at the Ormoc Superdome, where supporters, family members, city department officials, and barangay leaders, among others, gathered.

Gomez, a multi-awarded actor, said he waited for 21 years to be elected as a congressman.

He said he first ran as a congressman in 2001 as a nominee of the Mamamayan Ayaw sa Droga.

While the party-list garnered enough votes to take a seat, it was disqualified by the Supreme Court.

In 2010, Gomez again ran as a congressman but was disqualified by the Commission on Elections(Comelec) for lack of residency.

His wife, Lucy, substituted him and kept the post.

In his inaugural speech, Gomez vowed to address the problem of illegal drugs and all forms of gambling to ensure peace and order in the fourth congressional district covering Ormoc and six towns.

“The social cost is just too high. It pushes people to commit crimes,” he said.

For her part, Lucy said the “best is yet to come” as she promised to continue all the programs and projects started by the outgoing administration and maintain the status of Ormoc as the country’s safest city.

In her inaugural speech, the mayor-elect said she would promote healthy lifestyles, build a community college, provide skills training among its people to make them economically productive, build libraries, and establish a tourism master plan.