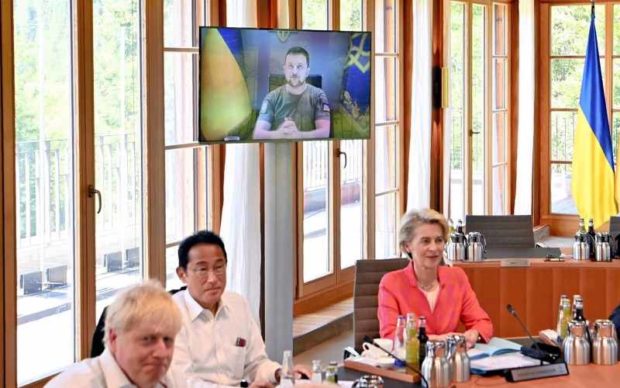 MUNICH — Japan will contribute $200 million for the global food crisis resulting from Russia’s invasion of Ukraine, Prime Minister Fumio Kishida announced Monday at the Group of Seven advanced nations summit. He also indicated the government’s intention to make a fresh contribution of $100 million in humanitarian aid to Ukraine to support its recovery.

The prime minister made the announcement at a summit meeting for the discussion of the Ukraine situation. The food crisis-related contributions will be used to provide food aid to Middle Eastern and African nations facing a food crisis due to Russia’s blockade of Black Sea ports, as well as to strengthen grain storage capacity in Ukraine, with measures such as expanding storage facilities expected.

Kishida said Japan’s total assistance related to Ukraine will be around $1.1 billion including the newly announced aid. Ukrainian President Volodymyr Zelensky, who participated in the meeting online, reportedly expressed his gratitude.